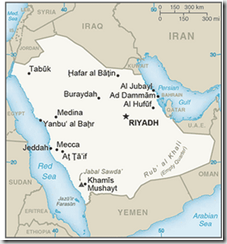 For the past 18 hours the Arabic media, and Arabic social media, have  been alive with reports of 4 MERS cases linked to Riyadh’s Princess Nora University.  Apparently the four female cases announced Saturday-Tuesday, ages 23 to 27 (see Riyadh Reports 4th MERS Case In 4 Days).

The details of these reports has varied considerably, and I’ve been waiting for something a bit more credible before posting.

While the translation is still a bit kludgy, in the past few minutes the Saudi MOH has posted a brief statement acknowledging the cluster, emphasizing these are ex-pat workers housed away from the university, and confirming additional members of the housing complex are under house quarantine.

We’ve no indication of how the virus was introduced into the housing unit’s population, or how exactly many people are under quarantine.

Health: insulation (4) workers Princess Nora University and there are no cases of (Corona) among female students

Clarification of what was raised in some newspapers and websites in the injury of four workers cleanliness followers of one of the contracting companies with the girl Princess Noura Abdulrahman University in Riyadh virus (Corona), The Ministry of Health has confirmed that it has been four cases diagnosed among workers at a company that has a contract with the Princess Noura Abdulrahman University girl, and that all cases live in one house in eastern Riyadh.

The ministry pointed out that the housing consists of three rooms and has a 36 agent, and that the infection got into the housing "according to epidemiological investigation," while there have been - and thankfully - no cases among students University of Princess Noura Abdulrahman girl.

She added that the Ministry of Health "has been isolated infected and prevent the rest of the workers from going to their work, and to follow-up medical incubation period of the virus in their place of residence."

Posted by Michael Coston at 9:01 AM

Nature: Increased Lethality in Influenza & SARS-CoV-2 Coinfection is Prevented by Influenza Immunity but not SARS-CoV-2 Immunity (in mice) 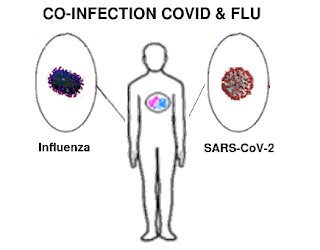