While there are four main strains of influenza that currently circulate in the human population (A/H1N1(pdm), A/H3N2, B Victoria, B Yamagata) – in reality there is much more diversity than that.

Influenza viruses are notoriously unstable, mutating at a rapid pace, seeking to evade acquired immunity. So it isn’t unusual to find numerous genetic variations within the same strain, each trying out new tricks looking for a an evolutionary advantage.

Over time, multiple variations of a virus strain end up circulating simultaneously.

Eventually, these mutations can move the virus far enough away from the original so that existing host defenses are no longer able to recognize it. That reduces (or eliminates) the immunity acquired by previous exposure or vaccination.

When a strain is said to be `antigenically similar’  to the vaccine strain, it is expected (but not assured) that the vaccine remains reasonably effective.

But as these genetic changes accumulate, the effectiveness of a vaccine may eventually erode, and the vaccine strains must be replaced.

All of this is part of the normal evolution of influenza viruses and is why it is necessary to re-evaluate, and change, the flu vaccine every year or two.

Which brings us to the latest ECDC influenza surveillance report for Europe. As you will see, there continues to be considerable diversity in both the H1N1(pdm) and H3N2 virus strains.

First the abstract, and a link to the report: 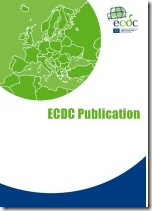 Influenza A(H1N1)pdm09, influenza A(H3N2), and influenza B/Victoria- and B/Yamagata-lineage viruses have been characterised genetically and antigenically.


• A(H3N2) viruses collected since 1 February 2011 fall into distinct genetic groups. There is no consistent correlation of altered antigenicity compared to the vaccine virus, A/Perth/16/2009, with any genetic group.

• Influenza B viruses of the B/Victoria/2/87 lineage have predominated over those of the B/Yamagata/16/88 lineage. Most of the B/Victoria/2/87 lineage viruses remain genetically similar to the currently recommended vaccine virus B/Brisbane/60/2008 and antigenically similar to cell-propagated viruses that are genetically closely related to the vaccine virus B/Brisbane/60/2008.

• The majority of influenza B viruses of the B/Yamagata-lineage are in the B/Bangladesh/3333/2007 genetic clade.

The 10 page report goes on to describe six distinct groups among the 2009 H1N1 strain are defined by amino acid substitutions and are numbered groups 2 to 7:

Although a few `low reactor’ H1N1 viruses have been detected, the vast majority of viruses examined remain antigenically similar to the vaccine.

This report also describes seven different genetic groups of the H3N2 strain, and again finds that while some `low reactor’ samples have been detected that `no group
shows consistent significant change in antigenicity compared with the vaccine virus, A/Perth/16/2009’.

The ECDC report is consistent with other surveillance reports that we’ve seen over the past month or so, including WHO: Southern Hemisphere 2012 Flu Vaccine Composition.

All of which is good news, as it suggests that this year’s flu vaccine remains a pretty good match to the majority of influenza strains currently circulating around the globe.