Referral: Mckenna On The Regulatory Limbo Of Fecal Transplants 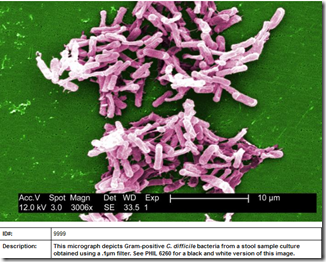 Roughly 44 years ago Dr. William Nolan wrote a book called `The Making of A Surgeon’, about his internship at Bellevue Hospital in the 1950s that, quite frankly, inspired me to become an EMT, and then a Paramedic.  While dated, it still a good read, and highly recommended.

But I mention it because one of the anecdotes he relates was a hysterically funny account about how he, and two other interns, concocting a `feces laced milkshake’  to try to cure a patient with intractable diarrhea, likely due to a C. Diff infection.

When their resident found out what they’d done, he went ballistic, and for a time all three interns thought their careers were ended.  They waited in fear for days for the patient to die from their ill advised treatment.

As it turned out, the `cure’ worked, the patient was none the wiser, and the statute of limitations eventually passed and the story could be told.  Fast forward sixty years and their radical idea – of reintroducing healthy gut bacteria from a stool donor – is now on the cutting edge of medicine.

A little over a year ago, in NEJM: Effectiveness Of Fecal Transplants For C. diff, we looked at the remarkable results being obtained doing this simple procedure – a cure rate of roughly 90%..   All the more important because Clostridium difficile – or C. diff – claims tens of thousands of lives each year, and is – as the name implies – very difficult to treat.

More than two years ago Maryn McKenna’s wrote Fecal Transplants: They Work, the Regulations Don’t, which showed how difficult getting this simple, inexpensive and effective treatment can be in the United States due to it falling into a regulatory limbo.  Unfortunately, two years have passed, and little progress has been made in clearing the regulatory minefield.

Today Maryn is back with another report, and a possible solution,  which you can read at:

It’s been a little more than a year since the first-ever clinical trial of fecal transplants — the practice of infusing diluted donor stool into the colon of someone suffering from Clostridium difficile infection — demonstrated that the low-tech process not only works to overcome the disease’s painful, life-disrupting diarrhea, but works better than the standard treatment of antibiotics.

That finding confirmed what gastroenterologists had known for a while — not to mention what patients who had sought out the procedure, in the United States or in other countries, could confirm from their own experience of being rapidly and, for the most part, permanently cured.