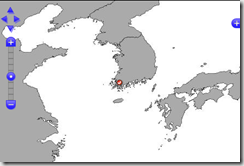 Last January South Korea reported the emergence of a new highly pathogenic strain of avian influenza called H5N8, which proceeded to march across that nation infecting scores of farms, and resulted in the culling of more than 10 million birds (see South Korea: 30 Days Into Their H5N8 Outbreak).

Although previously seen in other parts of the world in a low pathogenic form (see CIDRAP 2008 Low-pathogenic avian flu hits Idaho game farm), only one detection of H5N8 in an HPAI form had previously been recorded in China back in 2009-10 (see Characterization of three H5N5 and one H5N8 highly pathogenic avian influenza viruses in China).

In mid-April, the same strain showed up in Japan, presumably carried there by migratory birds.  Although no human infections have been recorded with H5N8, in March it was disclosed that Korea Found Dogs With H5N8 Antibodies.

Through a combination of massive culling, disinfection of farms and equipment, and the restriction on the movement of poultry, equipment, and personnel, by late spring this outbreak was believed brought under control - and while Korea did report a new farm infection over the summer - several weeks ago they declared the outbreak to be finally over.

That victory was short lived, as over the past couple of days local media has been reporting on an outbreak on a duck farm in the southwestern city of Yeongam (see Korean Herald S. Korea confirms new case of avian influenza), and overnight the FAO posted an official report.

All of the ducks on the affected farm have been destroyed, adjacent farms are under scrutiny, and the countdown clock is reset once again to determine if the virus has been contained.

With this new strain found both in wild and migratory birds, and in domesticated poultry, preventing future outbreaks will be difficult.  Like the more recently emerged H5N6 virus now cropping up in China and Vietnam (see FAO Warns On H5N6), this virus is a cousin of the H5N1 virus which has plagued poultry farmers in Asia and the Middle East – and sparked pandemic concerns globally – for well over a decade.

After 10 years of mainly watching the H5N1 virus, over the past two years we’ve seen the emergence of a number of worrisome avian reassortant viruses, including H7N9, H10N8, H5N6 and H5N8.

Beyond the threat to agricultural interests and food security and the local economy, these viruses are all evolving and playing `mix and match’ with their genes,  and appear to be producing new clades and subtypes at an increasing rate (see Eurosurveillance: Genetic Tuning Of Avian H7N9 During Interspecies Transmission).

While none of these viruses has shown the ability to spread easily among humans and spark a pandemic -  the more players on the roster - the greater the odds are that one of them will eventually hit a home run.

Posted by Michael Coston at 7:36 AM