WHO: Cuba To Lend 165 HCWs To The Ebola Fight 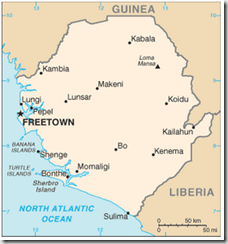 From the World Health Organization, an announcement that Cuba will be sending 165 doctors, nurses, epidemiologists, and other health specialties to West Africa’s hot zone, with most of these resources going to Sierra Leone.

WHO welcomes Cuban doctors for Ebola response in west Africa

WHO welcomes the commitment from the Government of Cuba to provide 165 health professionals to support Ebola care in west Africa. The newly announced support includes physicians, nurses, epidemiologists, specialists in infection control, intensive care specialists and social mobilization officers, and will be concentrated in Sierra Leone.

"If we are going to go to war with Ebola, we need the resources to fight," says Dr Margaret Chan, Director-General of the World Health Organization. “I am extremely grateful for the generosity of the Cuban government and these health professionals for doing their part to help us contain the worst Ebola outbreak ever known. This will make a significant difference in Sierra Leone.”

“Cuba is world-famous for its ability to train outstanding doctors and nurses and for its generosity in helping fellow countries on the route to progress,” says Dr Chan.

The health professionals will deploy to Sierra Leone the first week in October and stay for 6 months. They have all worked previously in Africa.