One of the great things about this little part of the internet called Flublogia is that we are blessed with a great many very  smart, dedicated, and talented participants.  I’ve written in the past about the work done by volunteers on the  flu forums (see Newshounds: They Cover The Pandemic Front), but they often do far more than just surf the internet and post reports.


Ronan Kelly, who is a senior moderator at FluTrackers, has devoted an incredible amount of time and effort focusing primarily on infectious diseases on the Indian Subcontinent.

He was recently contacted by the University of New South Wales and invited to put together a blog post on the – as yet unidentified and complicated AES (Acute Encephalitis Syndrome) epidemic– which occurs in the Northeastern states of that country every year.

So, without further ado, I invite you to follow the link below to read: 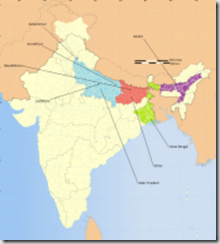 Ronan Kelly (USA) is a Senior Moderator at www.FluTrackers.com, with an interest in outbreaks in India.

Past history of AES in India

Acute Encephalitis Syndrome (AES) is a growing problem in India. The first major outbreak was in West Bengal in 1973 involving 700 cases and over 300 deaths. Subsequent serological studies identified the Japanese Encephalitis (JE) virus as the cause. (1,2) Between 1978 and 2007, over 100,000 cases of AES with a case fatality rate (CFR) of almost 33% were reported from 13 different states. It was widely presumed that JE was the predominant aetiological agent in these outbreaks. (3,4) However, a study of patients admitted between 1985-1988 at King George’s Medical College (now Shahuji Maharaj Medical University) in Lucknow revealed bacterial meningitis as a diagnosis in 18% of apparent AES patients with JE indicated in only 12% of cases. Measles, Mumps, Malaria also played a part to some smaller degree, but 50% of the cases remained undiagnosed. Reye’s Syndrome was not found in any case.(5) An investigation of repeated AES outbreaks in Saharanpur in the early 2000s found that children were eating beans of the Cassia occidentalis plant which was causing acute hepatomyoencephalopathy. These patients were being misdiagnosed as AES cases. Local government organized removal of the plants and provided information programs for residents. As a result, fatalities in the district dropped from around 100 per year to zero in 2010. (6,7) 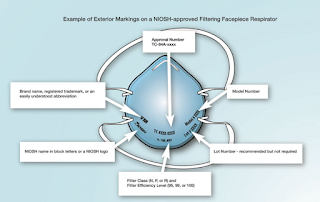