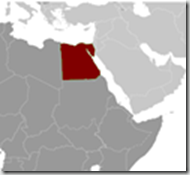 Although there are no new H5N1 updates on the Egyptian Ministry of Health website, media reports out of Egypt today have announced two more human infections (17 for the year) and the release of Tamiflu stockpiles to local clinics in Sharqia governorate.

The past 8 weeks has seen more than 45 cases reported out of Egypt, a pace that far exceeds any we’ve seen before in the Middle East.

The good news is, we’ve not seen any evidence of sustained or efficient human-to-human spread, and nearly all cases are linked to direct exposure to infected poultry. There does, however, seem to be a growing sense of urgency both in the media, and by public health officials, in Egypt.

First this report on the distribution of antivirals from Ali Masrawy.

Dr. Khaled Fawzi, director of preventive medicine, Eastern province, said he is starting on Saturday, the distribution of 44 thousand and 125 cans of Akar''altama Flo '', the health-care units, in all parts of the province, after it was limited to hospitals Only, for the prevention of bird flu virus.

The director of preventive medicine in a press statement particularly the East by the province, 463 unit health care, and 25 hospital, the deployment of the property on all of them with the training of doctors in units of care to deal with cases of the virus, and how to treat them.

And this report on two new cases appears on Sabanews.

The Egyptian Health said in a statement that the first case of a 3 year old and half of the governorate of Cairo, and the second case of a 35-year-old from Sohag governorate, two cases are still under treatment.

The Ministry said the deaths of woman, a 43-year-old recorded in Asyut province.

This brings the total number of cases of bird flu since the beginning of the year 2015 so far to 17, including 6 cases of healing and 8 cases under treatment and 3 deaths.

The Ministry called on the Egyptian people who deal with poultry to go immediately to the nearest hospital to receive health service if they have flu symptoms.. Noting that people living with the disease for the drug Tamiflu within the first 24 hours of the onset of symptoms increases the healing rates of disease and reduces death rates