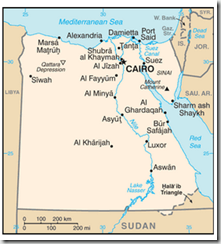 Ideally, the Ministries of Health (and agriculture) around the world would be quick to release detailed disease outbreak information, both to their own public, and to the international community. Sadly, there are often economic, political, and societal priorities that can trump full and timely disclosure.

There are notification rules in place – such as the International Health Regulations (IHR) adopted in 2007– but eight years later many countries have yet to meet even the core surveillance and response requirements (see WHO: IHR & Global Health Security) and have requested repeated extensions.

And as a purely practical matter, sovereign nations are pretty much on the honor system when it comes to reporting disease outbreaks.  And finally, their ability to conduct good surveillance varies greatly, as does their political will.

Up until a month ago Egypt’s Ministry of Health was doing a laudable job announcing H5N1 cases (50 over a 60 day period), that closely mirrored media reports, and that always included a YTD total (cases, fatalities, under treatment & recovered).

That format changed after the report of January 22nd (see Egypt’s MOH Confirms 21st H5N1 Case), and since then official updates have been infrequent, have listed a fraction of the cases mentioned by the media, and glaringly no longer include YTD numbers.


Presumably timely case reports are still being made to the World Health Organization under the IHR, and we will be privy to that information at some point, but the WHO only issues H5N1 reports once a month or so (the last one was January 26th).

Media reports – including statements by local Governorate officials – continue, albeit without details and YTD tallies.  Sharon Sanders’s conservatively curated  FluTrackers 2015 Egypt H5N1 Case List has the number of cases this year approaching 60, but the real number could well be higher.


The focus of the MOH, and much of the media, appears to have shifted from reporting cases to reporting on the government’s efforts, and progress, in combating the avian flu threat. No doubt in hopes of calming an increasingly alarmed population.

When human avian flu reports become difficult to pin down, we often look at `secondary indicators’, including outbreaks in wild birds and commercial poultry, poultry price increases or shortages, or reductions in feed imports.


And here we’ve seen almost daily stories about the impact that H5N1 is having on Egypt’s poultry industry.  Losses are reportedly as high as 70% on some farms, and the price of poultry has jumped by 25% in recent weeks – in part due to cold weather losses – but mostly due to bird flu.

As point of reference for the following reports, an `Egyptian pound’ is roughly .13 cents US.  So 20 pounds per Kilo is about $2.60 USD.

A couple of reports from the Egyptian press describe the situation.

Currently facing the poultry industry a severe crisis threatens to collapse and loss of investments worth more than 28 billion pounds, and the displacement of about two million workers, especially with the bypass mortality rates of all farms 70% of the size of the flocks of poultry, which caused the rise in poultry prices are crazy for up to 20 pounds per kilo due to lack of supply.

Dr. Nabil Darwish, head of Poultry Federation, the industry is already facing currently a major crisis and losses Halal current season beyond and a half billion pounds at least, now, educators are living a real tragedy on the national level, both in farm systemic committed or random farms.

He Darwish it is time to develop a real plan to address the crises of the poultry industry on top of which protect them from diseases, particularly the avian flu, which has become a disaster for the industry and the control of high feed prices and the provision of gas to the farmer for the purpose of heating.

He pointed out that the General Union of Poultry Producers has prepared a full funding any industry to promote and protect national plans through compensation avian influenza Ministry of Agriculture Fund, which exists by about 800 million pounds.

Vice President of Poultry Division: 6.5 pounds higher net prices because of the flu .. and I demand to open the door of import

Abul Fotouh Congratulations, vice president of the Division of poultry Cairo Chamber of Commerce, the high prices of poultry by 25%, which jumped retail price of 16 pounds last month to 22.5 pounds because of the deaths of mothers poultry, after being infected with bird flu.

It warns Congratulations from the widening gap between consumer needs and supply in the market, particularly as the deficit is estimated at 800 thousand chickens per day, demanding quickly import of poultry parts for a specific period to close the gap of domestic production.

He continued: "We are embarking on the holy season, and possible import of poultry parts for a specified period, to import shall be in accordance the conditions and standards under the supervision of the Egyptian General - Authority for Veterinary Services

These sorts of reports can be particularly probative when you consider that much of Egypt’s commercial poultry is supposedly vaccinated against H5N1, suggesting either lapses in vaccination (or worse) reduced vaccine effectiveness.

Update #635 lists 1 outbreak in a vaccinated farm, while Update # 634 lists 3 outbreaks among vaccinated ducks and chickens.

In 2012, in Egypt: A Paltry Poultry Vaccine, we looked at a study – conducted by the Virology department at St. Jude Children’s Research Hospital -  appearing in the journal Poultry Science, that looks at the effectiveness of six commercially available H5 poultry vaccines currently deployed in Egypt.

Of the 6 vaccines tested, only one (based on a locally acquired H5N1 seed virus) actually appeared to offer protection.  We’ve seen similar vaccine performance issues in China, Vietnam, and Indonesia in the past.

While poultry vaccination has been adopted by a number of countries to control their avian flu problems, they are an imperfect solution for the control of avian viruses (for earlier blogs see OIE: Countries That Vaccinate Poultry Need An `Exit Strategy' & Food Insecurity, Economics, And The Control Of H7N9).

Admittedly,  the impact of H5N1 on Egypt’s poultry industry doesn’t tell much about the current impact the virus is having on human health, but it does give us a pretty good feel for just how well entrenched the virus has become, and how difficult the task of controlling this virus is likely to be.