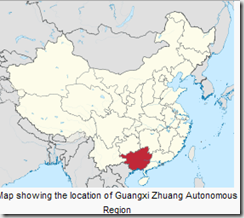 That cats – including tigers – can be infected by the H5N1 virus is hardly news (see A Dog & Cat Flu Review), but it has been quite some time since we’ve heard of a large H5N1 outbreak among big cats at a zoo.

Those with long memories will recall the events of 2003-2004 where Thailand lost more than 140 of these magnificent creatures due to the virus (see WHO 2006 update H5N1 avian influenza in domestic cats), attributed to feeding the animals infected poultry.

We’ve a remarkably similar report – along with an FAO-EMPRES Notification – of 8 tigers at a Guangxi zoo reportedly infected with H5N1,  with two deaths.

This from the FAO.

Posted by Michael Coston at 8:40 AM