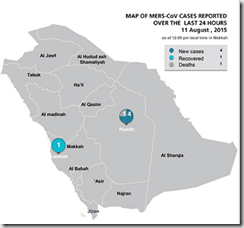 Riyadh’s MERS outbreak shows no signs of slowing, with four more (critical) cases announced today by the Ministry of Health. Over the past 9 days 25 cases have been reported out of Saudi Arabia, with 24 of those from the capital city.

We’ve seen a few cases attributed to possible camel exposure, but most have involved human-to-human transmission – mostly in family clusters, or in healthcare environments. In some cases the source of infection has not been identified, an epidemiological challenge we’ve discussed often in the past (see WHO EMRO: Scientific Meeting Reviews MERS Progress & Knowledge Gaps).

All of today’s cases are listed as contacts of previously announced cases, but details are not provided. 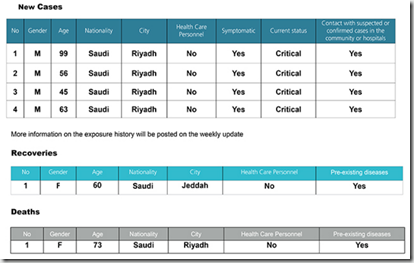 Posted by Michael Coston at 8:41 AM