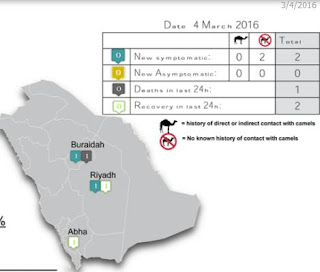 
The recent uptick in MERS reports out of Saudi Arabia continues today with two more `primary' cases - and as we've seen with increasingly frequency this winter - both are already in critical condition at the time they are reported.


A month ago we were seeing mostly camel-exposure related MERS cases reported out of Saudi Arabia, but in recent days we are seeing an increase `primary cases'  without a known risk exposure (8 since Feb 17th).


For the majority of `primary' cases (those that occur in the community when there is no known exposure to a healthcare facility or to a known human case), the risk exposure remains unknown. 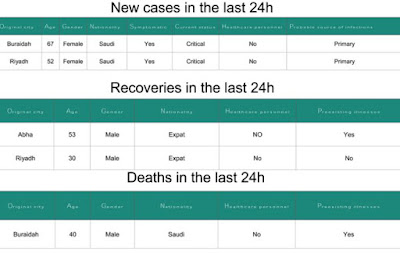 Posted by Michael Coston at 7:14 AM