WHO Statement On End Of Ebola Flare-up In Sierra Leone 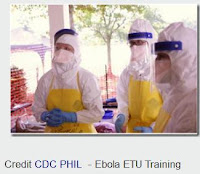 On January 15th, hours after the WHO had declared the end of Ebola transmission in Western Africa (see WHO: Current Ebola Outbreak Over In Liberia - West Africa At Zero), a new case was announced (see WHO Confirms Ebola Death In Sierra Leone) more than two months after transmission had been declared over in that country.


All of which proves how difficult getting to, and staying at, zero Ebola transmissions in Africa has been.


Today, after 42 days without a new case, Sierra Leone is once again poised to enter a post-transmission phase of their Ebola epidemic, and begin a extended period of intense monitoring, joining Liberia and Guinea.

While an important milestone, the risks of another flare up - in Sierra Leone, Liberia, and Guinea - are still quite real.


The virus is likely still present in the wild, and bushmeat is still a staple for many people.  Some percentage of those who have recovered may still be shedding the virus.  The virus has proven very resilient.

This statement (via email) from the World Health Organization.


World Health Organization statement on end of Ebola flare-up in Sierra Leone
17 March 2016, Freetown—The World Health Organization joins the government of Sierra Leone in marking the end of the recent flare-up of Ebola virus disease in the country.  As of today, 17 March, 42 days have passed, two incubation cycles of the virus, since the last person confirmed to have Ebola virus disease in the country tested negative for a 2nd time.

This latest flare-up of Ebola brings to 3,590 the number of lives lost in Sierra Leone to an epidemic that devastated families and communities across the country and disrupted every aspect of life.

Today marks another milestone in the country’s effort to defeat Ebola.  WHO commends Sierra Leone’s government, partners and people on the effective and swift response to this latest outbreak.  From nurses, vaccinators and social mobilizers to contact tracers, counsellors and community leaders, Sierra Leoneans in affected districts mobilized quickly and their involvement and dedication was instrumental and impactful.

The rapid containment of the flare-up was also a real-time demonstration of the increased capacity at the national, district and community level to respond to Ebola outbreaks and other health emergencies and mitigate their impact.  Investments made in rapid response teams, surveillance, lab diagnostics, risk communication, infection prevention and control measures and other programmes were put to the test and clearly paid off.

However, WHO continues to stress that Sierra Leone, as well as Liberia and Guinea, are still at risk of Ebola flare-ups, largely due to virus persistence in some survivors, and must remain on high alert and ready to respond.

Strong surveillance and emergency response capacity need to be maintained, along with rigorous hygiene practices at home and in health facilities and active community participation. Care, screening and counselling also need to be provided for survivors as part of improved health services for all.

WHO will continue to work with the Government of Sierra Leone and partners to build a more resilient health system that can prevent, detect and respond to future outbreaks and to revive and strengthen essential health services across the country.

Posted by Michael Coston at 6:31 AM