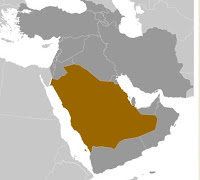 Until the emergence and entrenchment of MERS-CoV on the Arabian peninsula, the position of Saudi Minister of Health was a remarkably stable one.  Between 1950 and 2009, there were only two Health Ministers.

But Dr. Abdullah Al-Rabiah - who became MOH in 2009 - was abruptly replaced by Saudi Minister of Labor Adel Faqi in the spring of 2014, presumably over his inability to get a handle on the Saudi's growing MERS problem.


Since then we've seen a revolving door at the MOH, with five Health Ministers over the past two years:

Over the weekend it was announced that longtime Saudi Oil Minister Ali al-Naimi would be replaced by Health Minister Alfalih, and that Dr. Tawfiq bin Fawzan bin Muhammad Al-Rabiah - the Saudi Minister of Commerce and Industry - would take his place.

Al-Rabiah is the 7th person to hold the office in just over 25 months, and will face far more challenges than just keeping the lid on MERS.


Below you'll find the Royal Decree appointing Al-Rabiah, followed by a link to a Saudi Gazette article on his background and the challenges he will face.

RIYADH — Tawfiq Al-Rabiah, who has assumed his new portfolio as health minister, started his duties on Sunday with intensive and continuous meetings with senior officials at the ministry.

He will be facing numerous challenges and big responsibilities to correct the ministry’s many deep-rooted problems to create a better health environment.

Observers are unanimous that Rabiah has scored a number of successes as commerce minister but they believe that the Ministry of Health is another story.


Given that the Saudi MOH is the one government agency with the best chance of containing the MERS Coronavirus, the fact that it finds itself under new management for the 7th time in just over two years is an obvious concern.

We've seen fewer large MERS outbreaks in the past 8 months, and improvements in the MOH's surveillance and reporting.


Hopefully those gains won't be lost in the transition.

Posted by Michael Coston at 6:22 AM