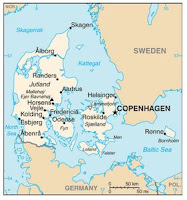 
Two years ago, when HPAI H5N8 first arrived in North America, the United States (and to a lesser extent Canada) experienced a widespread and costly epizootic that saw 50 million commercial poultry destroyed, hundreds of farms quarantined, and thousands of industry workers out of work for weeks or even months.


The price of eggs doubled in the United States, and remained high for nearly a year, as farms worked to restock their farms and the market stabilized.


In the summer of 2015, an analysis prepared for congress (see Update on the Highly-Pathogenic Avian Influenza Outbreak of 2014-2015) calculated the economic costs at that time to be $3.3 billion.


While the human health risks from H5N8 are considered low (but not zero - see CDC HAN:HPAI H5 Exposure, Human Health Investigations & Response) the economic impact can be enormous and long lasting.


So far, most of the H5N8 detections in Europe have involved wild birds, but since late last week we are seeing more and more reports of poultry operations being affected as well.

Today the Danish DVFA has announced they are destroying a quarter of a million fresh eggs recently imported from a farm in Germany where the virus has been detected.

A large batch of eggs to be destroyed, after having detected bird flu in the German crew, the eggs come from.

A Danish hatchery by rivers in southern Jutland has received more than a quarter million eggs from a large German poultry farm where found bird flu of the serious (highly pathogenic) H5N8 type.

That is why the Food Authority is now in the process of destroying the many eggs as it can not be excluded that there could be bird flu inside the eggs. Luckily there is still not found bird flu in poultry farms in Denmark, and DVFA action is solely to prevent the risk of infection via newly hatched chicks.

- We are doing everything we can to prevent bird flu from spreading to Danish poultry farms. But we can not hold the fort alone. I would strongly encourage anyone who has chickens or other poultry - no matter how few - to close them inside if possible, or at least to ensure that they can not come into contact with wild birds or their droppings, said deputy head Stig Mellergaard, DVFA.

Avian influenza H5N8 is spreading rapidly in wild birds in several EU countries, and is now found in wild ducks and swans several places in Denmark.

The disease is not dangerous to humans but is highly contagious among birds and can cause high mortality if it spreads to poultry farms.

- If the disease comes in behind the walls of a Danish poultry, it will cost thousands of animal life, while we run the risk that exports of eggs and poultry shuts down with a loss of several million for agriculture to follow, says Stig Mellergaard.

Facts about biosecurity in poultry farms
in order to avoid contact with wild birds you as crew own or backyard poultry owner make sure to comply with the rules for  preventive protection against bird flu .
You must also:

In the winter/spring of 2014-15 the H5N8 virus was detected in a handful of European wild birds, but robust biosecurity protocols limited the damage and prevented the virus from sweeping through Europe's poultry industry as it did in the United States.

This year, the virus has arrived earlier, and in much greater force, than it did two years ago, and so these measures are once again being tested.


Given this is only the middle of November, and the virus could easily persist until spring, Europe's poultry industry may be facing a very long siege.
Posted by Michael Coston at 7:59 AM