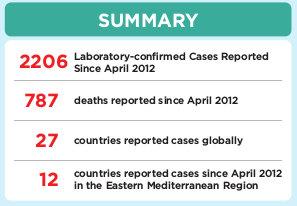 
We are now just over a week into the Holy Month of Ramadan, which is second only to the Hajj in seeing religious pilgrims visiting the Holy sites of Saudi Arabia, and daily reporting from the Saudi MOH - which has been increasingly erratic the past few months - hasn't been updated since May 15th (see below).

The World Health Organization hasn't posted a Saudi MERS-CoV DON Report (with case line listing) since January 26th (current through Jan 17th). This is (by far) the longest gap between MERS WHO DON reports since the virus was first announced in September of 2012.

Over the past week the Saudi MOH had appeared to be in the process ofredesigning their website, and until this morning, all data since the last week of January has been missing.


They seem to have - at least temporarily - restored the old format.  Or at least some of it, as only the most recent page of daily reports appears to be accessible.

Aside from the increasingly erratic postings by the Saudis, the only other MERS data we've seen has come from the WHO EMRO (Eastern Mediterranean Regional Office) monthly summary, which is based on reporting by the the Saudi MOH.

In any event, we have the EMRO report for the month of April (see below), which reports a total of 7 cases reported by the Saudis during that time period. 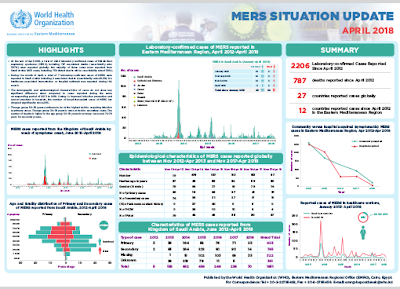 Meanwhile - despite the ongoing frustration over the lack of current and accurate numbers - the good news is we've seen no signs of any sustained or efficient transmission of the MERS virus outside of health care facilities.