The unexpected arrival of two separate Monkeypox infected travelers to the UK earlier this month (see here and here) has sparked a massive epidemiological investigation in England and parts of Europe, plus one in Nigeria, where both patients appear to have acquired the virus.


Nigeria reported their first outbreak of Monkeypox in nearly 40 years last fall, one which appeared to be about over in February.  The Nigerian CDC issued their last outbreak update in epi week 9 of 2018.

The West African Monkeypox virus is considered less dangerous, and less transmissible (cite) than the strain commonly found in the Central Africa countries of the DRC and the CAR  where outbreaks have been on the rise for years (see here and here).

Today, the Nigerian CDC has released the initial results of their investigation, in the form of their first Monkeypox update in six months. They report locating a cluster of (6) cases in Rivers State with contact with the recent arrivals to the UK, along with 2 more cases in that state without an epidemiological link.


As illustrated by the epi chart (at top of this blog), the Monkeypox virus appears to have been circulating at low levels in Nigeria since the last update issued in February.

Excepts from today's report follow, after which I'll return with a postscript.

Luckily, West African Monkeypox - while a genuine concern - is far less dangerous than many of the other potential viral threats we monitor. It isn't all that easily transmitted, it has a relatively low fatality rate, and we have a vaccine that is reportedly 85% effective.

But this is a reminder, as if we needed one, that in this highly mobile 21st century that outbreaks of rare and exotic diseases - even those occurring the most remote areas of the world - can be easily exported to anywhere on the globe in a matter of hours or days by any one of the more than 7 million international air travelers each day. 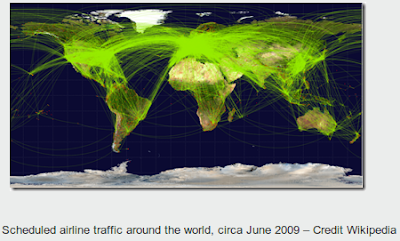 While our focus today is on Monkeypox, similar risks exist for a variety of emerging and re-emerging infectious diseases, including Ebola, Lassa Fever, Avian Flu, Nipah, MERS, and even Virus X  . . . the one that isn't on our radar screen yet. 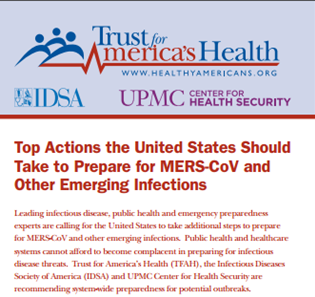 While some progress has been made (see HHS Launches A National Ebola Training & Education Center), we remain woefully unprepared to deal with a truly severe and fast moving novel pathogen arriving on our shores.

For more on what we need to do to become better prepared for a pandemic , you may wish to revisit:

Posted by Michael Coston at 7:04 AM