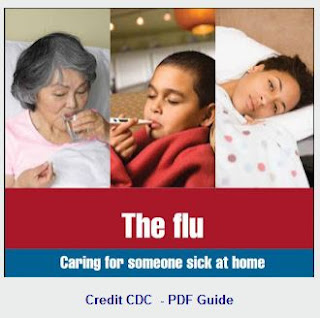 We've been following the outbreak of an as-yet-unidentified respiratory illness at a Virginia Long Term Care Facility over the past week (see Virginia: (Jul 16th) Update On Outbreak Of Respiratory Illness At An LTC); one that has hospitalized at least 23 residents, killing two.

Today the Virginia Department of Health published the following press release citing an unusually high number of summer respiratory illnesses across the state from a variety of causes.

(Richmond, Va.) – Since the end of flu season in May, the Virginia Department of Health has received increased reports of respiratory (breathing) illness across the Commonwealth greater than observed in previous summers. Most of the reports have occurred among older adults and those with chronic medical conditions in assisted living and long-term care facilities.

“A variety of germs cause respiratory illness, some with increased activity in summer months” said State Health Commissioner M. Norman Oliver, MD, MA. “We encourage everyone to take steps to minimize the severity and prevent spreading illness to others.”

Dr. Oliver continued, “To avoid getting sick and spreading germs to others, it is important to wash hands thoroughly with soap and water, especially after coughing or sneezing. To help prevent the spread of germs, avoid close contact with people who are sick. Anyone who is sick should stay home, except when seeking medical care. If you develop difficulty breathing or shortness of breath, immediately seek medical care.”

Certain groups are especially vulnerable for developing severe respiratory illness, including young children, adults 65 years or older, those with chronic medical conditions (such as asthma, chronic obstructive pulmonary disease, and heart conditions) and those with weakened immune systems.

It is worth noting that the Southwest Nebraska Public Health Department (SWNPHD) issued an alert two days ago due to an unseasonal increase in influenza B cases as well.


A reminder of the importance of practicing good flu hygiene all year round, not just during the traditional winter flu season.

Meanwhile, the cause of the Fairfax LTLF (Greenspring) outbreak remains under investigation, as does another, smaller outbreak at a different facility (Heatherwood), which is not currently believed connected.

This from the Fairfax County Health Department:

The Fairfax County Health Department continues to monitor and work with Greenspring to institute appropriate prevention measures to stop further illnesses and those actions are having a positive result. In the assisted living and skilled nursing areas (Garden Ridge), there have been no illnesses reported for the last few days and residents who have been ill are recovering.

In the independent living section of Greenspring, which includes approximately 1,700 residents and is located in separate buildings from Garden Ridge, there is no outbreak of respiratory illness. While there is some illness in the independent living section, it is not considered to be an unexpected or unusual number of ill residents. Some illness is to be expected in a community of this size for older residents.

Because of the outbreak in the assisted living and skilled nursing sections, Greenspring has instituted enhanced surveillance for illness in the independent living areas. Infection control measures, implemented in the independent area out of abundance of caution, include temporarily stopping group activities, other than dining, and screening residents for illness as they arrive at the dining rooms. Residents have been informed of the respiratory illness in the Garden Ridge area by robo calls and on the internal website and have been asked to self-report any symptoms to the facility administration.

Independent living residents have been asked to not visit the Garden Ridge section, and to self-isolate if they are ill. Extra cleaning of high-touch surfaces and communal areas is in place.

Additional laboratory testing from CDC has not identified a specific cause for the increase in respiratory illness. Test results showed several bacteria that are known to colonize the nose and throat and may not be the cause of infection. In addition, several specimens were positive for rhinovirus, the cause of the common cold.

We will continue to monitor the situation and support the facility in its efforts to prevent further illness.