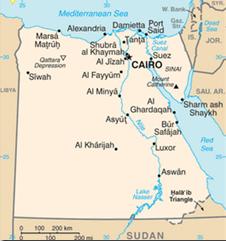 After peaking in Southeast Asia and Europe between 2005 and 2009, by 2012 avian influenza activity appeared to be in decline, with only 32 human (H5N1) cases reported around the globe.


Bird flu activity in past hot spots like Vietnam and Indonesia had fallen dramatically, while some signs of increased activity were being reported from Egypt and Cambodia.

Even as some were predicting the avian flu threat was ending, in March of 2013, in EID Journal: Predicting Hotspots for Influenza Virus Reassortment, we looked at a paper that identified areas of the globe most likely to spawn the next novel flu virus.

Timing, as they say, is everything:
Fast forward more than six years, and once again we appear to be in an avian flu drought, brought on in large part by an aggressive nationwide poultry vaccination program in China, which has greatly dampened down avian flu transmission.


But, with the possible exception of avian flu in China, the conditions remain ripe for these same regions to produce newly reassorted (avian or swine) flu viruses.  And no one can say how long China's poultry vaccination program will keep the lid on their bird flu.

While the 2009 H1N1 pandemic showed that a pandemic reassortment can happen anywhere - including in the Americas - with China's avian flu activity temporarily suppressed, many experts are eyeing Egypt (and the Middle East) - which has at least 3 major subtypes (H5N1, H5N8, H9N2) co-circulating - as a potential proving ground for avian flu.

Some recent blogs include:

Sci. Reports: Efficacy Of AI Vaccines Against The H5N8 Virus in Egypt


As a result, multiple clades of HPAI H5 viruses - along with H9N2 - have all become endemic in Egyptian poultry.

While the Egyptian government remains circumspect when discussing their avian flu problems (see Revisiting Egypt’s Murky H5N1 Battle), we do get the occasional research paper published in that region.

Today we've a highly detailed study on the recent genetic evolution of avian flu viruses in Egypt, published in Emerging Microbes & Infections, that - while not providing any bombshells - does remind us of the potential for reassortment in the region.


The authors describe - in diplomatic terms - how suboptimal vaccination campaigns have likely exacerbated Egypt's predicament, and may provide future avenues for new viruses to emerge.

Due to its length, I've only included a few excerpts. Follow the link below to read the study in its entirety.

The prevalence of H5N8 viruses in ducks (2.4%) was higher than in chickens (0.94%). Genetic reassortment was detected in H9N2 viruses. Antigenic analysis showed that H9N2 viruses are homogenous, antigenic drift was detected among H5N1 viruses. AI H5N8 showed higher replication rate followed by H9N2 and H5N1, respectively. H5N8 was more common in Southern Egypt, H9N2 in the Nile Delta, and H5N1 in both areas. Ducks and chickens played a significant role in transmission of H5N1 viruses.

The endemicity and co-circulation of H5N1, H5N8, and H9N2 AIV coupled with the lack of a clear control strategy continues to provide avenues for further virus evolution in Egypt.

Continuous active surveillance for AIVs in poultry is critical to optimize control and monitor the genesis and emergence of novel strains. Through our systematic active surveillance of AIV in Egypt, four major events were observed: emergence of the H5N8 virus in domestic poultry in Egypt, spread of reassortant H9N2 virus that contains four internal genes from Eurasian viruses, increased detection rate of AIV since the emergence of H5N8, and decreased detection of H5N1 viruses.

Selection bias may have affected the results shown here as not all geographic areas of Egypt were sampled and convenience sampling was used. However, the main aim of this work was to study the genetic and antigenic characteristics of the viruses circulating at the time of the study. Hence, our detection rates may not indicate the true incidence or prevalence of AI infection among Egyptian poultry.

Another issue is the lack of data on vaccinations used in the sampled sites. If vaccines are heavily used, then the estimates provided in this study will be underestimated and the analysis by bird health can be biased.

In Egypt, co-circulation of HPAI H5N1 and H5N8 with H9N2 viruses among poultry has been observed. Eradication of these viruses from Egypt is considered unlikely due to gaps in the application of recommended AIV control strategies. Global active surveillance of AIV among domestic and migratory wild birds needs to be sustained to monitor the spread and genesis of circulating viruses.

Our current respite from avian flu is a welcome one, but it should not lull us into complacency.  The raw ingredients are all out there, continually mixing and matching genes, and it is just a matter of time before the right combination sets up an emerging virus for infamy.