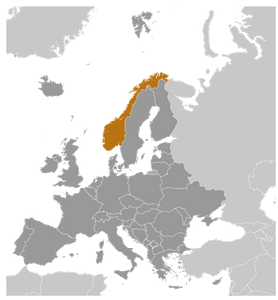 For the past several days Pathfinder at FluTrackers has been gathering and translating reports on a mysterious acute intestinal illness affecting - and sometimes killing - dogs in Norway.


Over the past 24 hours, several major media outlets - including CNN - have picked up on the story.

Unusual outbreaks in companion animals are doubly distressing, due to the intense personal connection people have to their pets, and the close contacts humans have with them.


So far, there are no indications of this disease has jumped to, or affects, humans.

Two (translated) reports from Norway's Veterinærinstituttet.  First a look at the initial autopsy report on 3 dogs, then an update on what is known to date.

Published 06/09/2019    Amended 08/09/2019
Veterinary Institute has made consistent findings of bloody enteritis in four dogs that have come into the autopsy and discovered two different bacteria from three of the dogs. The Department can not determine whether these bacteria are the cause of the disease.

Three dogs that are autopsied at NMBU Veterinary Science have shown similar findings of bloody enteritis. Veterinary Institute report that they have found the bacteria  Clostridium perfringens  and  Providencia alcalifaciens both of which can cause diarrhea. Where the bacteria originated from, can not be determined yet.


Acute dog disease in September 2019 - this we know

On this page you will find what we know at the moment of acute illness in dogs with severe diarrhea and malaise. The page will be updated when we have new information to share.

Latest update with new information: on September 10 at 12:00

Veterinary Institute are actively working with the FSA, NMBU Veterinary School, veterinarians and others to find relationships in the many cases of acute dog disease that has led to sick and dead dogs in the past.


What do we do now

Autopsies, laboratory analysis, and large amounts of information collected, compared and collated with knowledge of animal diseases from home and abroad. Wanted systematic and wide with the hope to be able to rule out some possible causes and find connections to pursue further. This includes infectious agent such as bacteria, viruses, fungi, parasites and algae as well as a result of precipitation, temperature, poor water quality etc.. We also searches the previous cases at home and abroad. The symptoms of the disease occurs commonly in dogs, but we are seeing an increase in August 2019 with more acute cases than before.

What we can now largely exclude?

No invoice : No dog owner must pay for autopsies that are now carried out after consultation between the veterinary, the FSA and the National Veterinary Institute. An invoice is drawn by the appropriate animal clinic who regrets the error. This is now being treated as a notifiable disease, which means that the National Veterinary Institute as part of the nature of public takes all costs autopsy.

No reason to warn against certain animal feed products : In social media it spread accusations against unnamed feed manufacturers. Veterinary Institute has no information that this is correct, on the contrary, we see a wide range of feed products in the material we have to now - which underlines the complexity of the case. Feed is just one of many different "tracks" which are monitored as well water, fungi, parasites, bacteria and viruses etc.


While zoonotic diseases are of the greatest concern, animal and environmental health are both viewed as integral to human health under the `One Health' concept, and so we give them much more attention today than ever before. 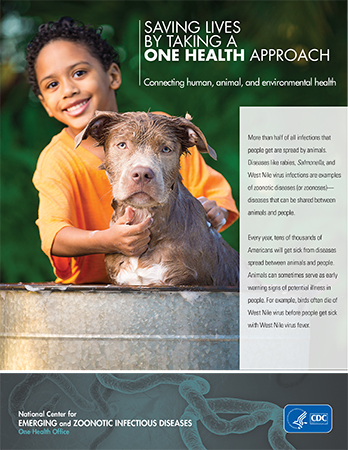 For more on the `One health', visit the CDC's One Health Basics website.

Posted by Michael Coston at 7:20 AM