Epi. Reviews: A Review of Asymptomatic and Sub-Clinical MERS-CoV Infections 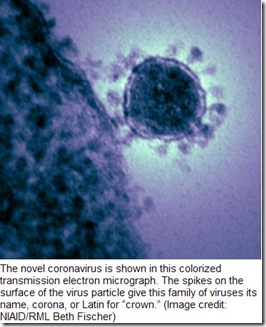 
More than 7 years have passed since MERS-CoV (originally called nCoV) emerged in Saudi Arabia, and while much as been learned, there remain many unanswered questions over how the virus is transmitted in the community.


The virus - which likely originated in bats - is endemic in camels across the Middle East, Northern Africa, and parts of Asia. Despite large numbers of seropositive camels in neighboring countries, more than 85% of the worlds human infections have originated from Saudi Arabia.

It is possible that differences in surveillance and testing could account for the paucity of cases outside of KSA. Further complicating matters, a 2016 study (see EID Journal: Estimation of Severe MERS Cases in the Middle East, 2012–2016) suggested that as much as 60% of severe Saudi MERS cases go undiagnosed.


We also now know that asymptomatic and subclinical infections make up a larger portion of cases than was previously understood.

For the first few years the Saudis treated `asymptomatic' but RT-PCR positive MERS-CoV test results (usually discovered while contact testing during a hospital outbreak) as something `less' than a MERS case.

That is until the World Health Organization issued a particularly strong rebuke (without singling out the Saudis) on the handling of asymptomatic cases in their 2015 WHO Statement On The 10th Meeting Of the IHR Emergency Committee On MERS.


Since then, we've seen a substantial jump in the number of `asymptomatic' (or perhaps, mildly symptomatic) cases reported out of Saudi Arabia.

But even with this new awareness, it is likely that most asymptomatic or mildly symptomatic cases go undetected.


While many human cases report recent camel (or camel product) contact, or had a known exposure to a confirmed case, hundreds of  others are listed as `primary' (community acquired) cases with no known risk exposure.

The assumption is that some of these cases may be due to unidentified, mildly symptomatic (or asymptomatic) cases, who occasionally transmit the virus on to others in the community. Last year, the WHO listed some of the `milder' symptoms that may be associated with MERS-CoV infection, including:


Low-grade fever, cough, malaise, rhinorrhoea, sore throat without any warning signs, such as shortness of breath or difficulty in breathing, increased respiratory (i.e. sputum or haemoptysis), gastro-intestinal symptoms such as nausea, vomiting, and/or diarrhoea and without changes in mental status (i.e. confusion, lethargy).

And a year ago, we looked at:

A provisional PDF is available, and I've provided the link and Abstract below.

The full extent of infection of MERS-CoV is not clear, nor is the extent and/or role of asymptomatic infections in transmission. We conducted a review of molecular and serological investigations through PubMed and EMBASE from September 2012 to 15 November 2018 attempting to measure sub-clinical or asymptomatic MERS-CoV infection within and outside of health care settings.

Since 2012, 298 laboratory confirmed cases were reported as asymptomatic to the World Health Organization, 164 of whom were HCW. Viral shedding studies of asymptomatic MERS infections have demonstrated the potential to transmit MERS-CoV to others.

Our results highlight the possibility for onward transmission of MERS-CoV from asymptomatic individuals. Screening of HCW contacts of confirmed MERS-CoV patients is currently recommended, but systematic screening of non-HCW contacts outside of health care facilities should be encouraged.


The good news thus far is - despite nagging questions over the sensitivity of current surveillance and the role of undetected cases in the spread of the disease -  we've seen no signs of any sustained or efficient transmission of the MERS virus in the greater community.

The somewhat less-than-good-news is that the MERS virus continues to evolve, and may adapt more to a human host over time, and what we can say about its behavior now isn't guaranteed to last forever.
Posted by Michael Coston at 7:55 AM