COVID-19: From Here To Immunity 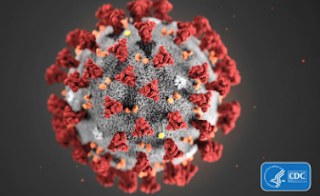 Officially, there are supposedly 2 million confirmed COVID-19 cases around the world, yet researchers readily admit that number is likely many times higher.  How many?  There are models that suggest 10 to 20 times higher . . . perhaps more.

Because that would greatly reduce the Case Fatality Rate (CFR) of the virus, while (presumably) simultaneously raising the level of community or `herd' immunity to the virus.

This assumes that there are a large number of moderate, mild, or asymptomatic infections that we don't see, and that once you are infected - even asymptomatically -  you acquire long-lasting immunity.

Much of the planning to re-open the world's economies is predicated on the idea that antibody testing can accurately show who has been infected - and is already immune to the virus - and can safely go back to work.

The problem is, we don't know how true any of these assumptions really are.

The data we have on COVID-19 is scant, and we don't know how much we've learned about other coronaviruses (i.e. SARS, MERS-CoV, and the 4 mild hCoVs) can be applied to COVID-19.


Granted COVID-19 is not MERS-CoV - and SARS survivors displayed relatively robust  and long lasting antibodies - but how protective against reinfection those SARS antibody titers really were is unknown.

And then there are disturbing reports of less-than-reliable antibody tests  for COVID-19 being sold, both in the United States, and around the world (see New Test Hopes Dashed as U.K. Finds Antibody Kits Don’t Deliver).  Inaccurate tests, or even a lack of accurate tests, could seriously undermine the ability to re-open our economies.


And frankly, our understanding of the human immune system is far from complete, meaning that we can still be surprised.

Last year, in C.I.D.: Influenza A Reinfection in Sequential Human Challenge, we looked at the unexpected findings of a study conducted by the by researchers at the NIH and NIAID (including David M. Morens, MD & Jeffery K. Taubenberger MD, PhD) that raises some interesting questions.

Although the effectiveness of influenza vaccines can wane over time, it has been widely believed that once you are naturally infected with a specific influenza virus, you will carry lifelong - or at least long-lasting - immunity to that specific virus.

This `acquired immunity' is also expected to extend to antigenically similar viruses, although things get much murkier once even minor changes to the virus begin to accrue.

In a nutshell, in this study researchers exposed a small group of healthy volunteers to a specific H1N1 virus, and recorded their subsequent infections and immune responses.

The data presented in this report demonstrate that sequential infection with the identical influenza A virus can occur and suggest it may not be rare. These data raise questions about immune memory responses in an acute superficial respiratory mucosal infection and their implications in development of broadly protective influenza vaccines. Further investigation of these observations is warranted

Whether it's the ADE problems associated with the Dengvaxia vaccine released in 2017, the two decades (and counting) search for a universal flu vaccine,  or simply coming up with a reasonably effective seasonal flu shot each year, getting from here to immunity has always been a challenge.

Two days ago, epidemiologist Dr. Marc Lipsitch published an opinion piece in the New York Times that went over the still slim and sometimes conflicting evidence for acquired immunity from COVID-19 infection, along with some of the challenges of creating a vaccine.

It's a very good read, although not particularly reassuring.  The short version is; it's complicated.


Who Is Immune to the Coronavirus?

Important decisions about this question are being made, as they must be, based on only glimmers of data.

Mr. Lipsitch is an epidemiologist and infectious disease specialist.


Seventy years ago Harry Truman supposedly yearned to have a one-armed economist, one who couldn't render an expert opinion and immediately follow it up with `. . . but, on the other hand . . . '.


I imagine a fair number of world leaders feel the same way about epidemiologists these days.

As frustrating as it is, it is the duty of scientists to say what they know, not just what people want to hear. And with COVID-19, like it or not, there is simply a lot we still don't know.

And may not know for some time.
Posted by Michael Coston at 11:57 AM