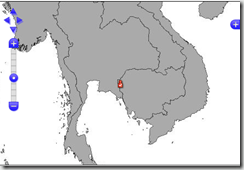 While we continue to watch the emerging H7N9 virus, a fresh reminder this morning that the H5N1 virus is still circulating in poultry, and occasionally sickening and killing humans.  Cambodia today reports their 22nd human infection of the year – that number now eclipsing the aggregate of all previous cases reported between 2005 and the end of 2012.

So far, all of the cases this year appear to be widely scattered and have been linked to direct contact to infected poultry. There are no indications of human-to-human spread of the virus.

The Ministry of Health (MoH) of the Kingdom of Cambodia wishes to advise members of the public that one new human case of avian influenza has been confirmed for the H5N1 virus. This is the 22nd case this year and the 43rd person to become infected with the H5N1 virus in Cambodia. Of the 43 confirmed cases, 32 were children under 14, and 26 of the 43 were female. In addition, only 11 cases out of the 22 cases this year survived.

The 22nd case, a 6-year-old girl from Romdoul village, O Romdoul commune, Phnom Preuk district, Battambang province confirmed positive for human H5N1 human avian influenza on 24th October 2013 by Institut Pasteur du Cambodge. The girl developed fever on 14th October 2013. On 15th October 2013, her parents sought treatment for her in the village. The girl’s condition worsened and the girl was referred to the Jayavarman VII Hospital in Siem Reap. On 19th October 2013 she was admitted to the Jayavarman VII Hospital with fever, cough, abdominal pain, running nose, sore throat and dyspnea. Laboratory samples were taken on 22nd October and Tamiflu administered on 24th October. The girl is currently in a stable condition.

The report goes on to state that chickens and ducks had recently died in the girl’s neighborhood, and they were investigating if she’d had direct contact with any of them.

Human infections with the H5N1 virus – while relatively rare - are always a concern:

Despite hundreds (perhaps thousands) of such opportunities to date, the virus remains poorly adapted to human physiology.  It can produce severe illness – even death – but only rarely is transmitted on to another person.

For now, H5N1 is primarily a threat to poultry, and to a lesser extent, those who work with, or come in close contract with, infected poultry.

The concern, of course, is that over time the virus will adapt further and someday pose a pandemic threat to humans.

Posted by Michael Coston at 7:18 AM