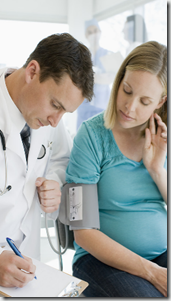 It’s been well documented that influenza and pregnancy are a bad combination - one that can endanger both the mother and unborn child’s life – and that women are more susceptible to influenza while (and just after) they are pregnant. It is for this reason that the CDC encourages all pregnant women to get the flu shot (see Pregnant Women & Influenza (Flu)).

These risks were well illustrated in an open access research article in the BMJ in 2011 (Perinatal outcomes after maternal 2009/H1N1 infection: national cohort study) that found that pregnant women who were admitted to the hospital with an  H1N1 infection experienced a 3 to 4 times higher rate of preterm birth, 4 to 5 times greater risk of stillbirth, and a 4 to 6 times higher rate of neonatal death.

But over the past decade we’ve also seen evidence of a less obvious, and long-delayed, impact of these type of infections.  Namely, an increase in a variety of child, adolescent, and adult development disorders experienced by offspring who were exposed to the flu (or the mother’s immune response) while in the womb.

A few examples include:


We’ve a new study, this time appearing in the American Journal of Psychiatry that adds to, and reinforces some of these earlier studies.  While not finding a statistically significant link between maternal pregnancy and bipolarity in offspring (odds ratio of 1.26), when they refined it to bipolar disorder with psychosis, they determined a nearly fivefold increased risk.

“Since prenatal influenza has been previously associated with schizophrenia, a disorder characterized in large part by psychotic episodes such as hallucinations and delusions, our results support the hypothesis that maternal influenza exposure may preferentially increase the risk for psychosis apart from traditional diagnostic categories.”

Although more research is needed to validate these findings, the authors suggest that prevention of maternal influenza infection may decrease the incidence of bipolar disorder with psychotic features in the population.

Objective The authors examined whether serologically confirmed maternal exposure to influenza was associated with an increased risk of bipolar disorder in the offspring and with subtypes of bipolar disorder, with and without psychotic features.

Method The study used a nested case-control design in the Child Health and Development Study birth cohort. In all, 85 individuals with bipolar disorder were identified following extensive ascertainment and diagnostic assessment and matched to 170 comparison subjects in the analysis. Serological documentation of maternal exposure to influenza was determined using the hemagglutination inhibition assay.

Obviously this is a major concern for expectant mothers, but we’ve also seen evidence that the influenza virus can be neurotropic - capable of infecting and damaging brain cells – in people of any age, not just those in the womb.

When you consider the potential long-term health effects of influenza infection – rare or not – it makes sense to do whatever one can reasonably do to avoid infection.

And that means getting the flu shot every year, avoiding people when they are obviously sick, and practicing good flu hygiene (covering coughs, washing hands, avoid touching face) year round.