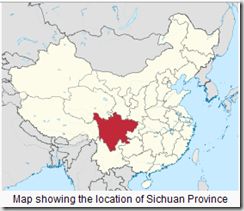 Not so very long ago, if someone spoke of `bird flu’, the understanding was they were talking about the H5N1. Recently H5N1 has begun to feel so 2006, as over the past year or so we seen the emergence of H7N9 and MERS, along with some rare human infections by oddball H6N1, H10N8, and H9N2 viruses (see The Expanding Array Of Novel Flu Strains).

The H5 family of influenza viruses, however, continues to serve up new and interesting surprises.

To start with, H5N1 hasn’t gone away. It infected at least 26 people in Cambodia last year, and we know of 9 cases there since the first of January (see  Cambodia’s H5N1 Surge & the `M’ Word).  We continue to see rare cases in China, Egypt, and Indonesia as well.

In January, a newly emerging H5N8 virus appeared in South Korea, and rapidly spread across that nation’s poultry farms (see EID Journal: Describing 3 Distinct H5N8 Reassortants In Korea).  In mid-April, the same strain showed up in Japan, presumably carried there by migratory birds.

Although no human infections have been recorded with H5N8, in March it was disclosed that Korea Found Dogs With H5N8 Antibodies.

Overnight ProMed Mail carried a report (h/t @HelenBranswell & @FluTrackers) of what appears to be the first recorded human infection by the H5N6 avian virus -  that of a 49 year-old man from Sichuan Province who recently died of severe pneumonia.   I would note that FluTrackers has been following this story since it emerged –  as an undiagnosed suspected bird flu case – in late April.

Yesterday the OIE was notified (see Low pathogenic avian influenza (poultry) in the People's Republic of China) of the outbreak.


The Chinese Media is all over the story this morning, with the following report coming from the China News Network:

Sichuan Provincial Health and Family Planning Commission notice shows that patients were male, who lives in Nanbu County, Nanchong City, 49 years old, there is history of exposure to dead poultry, the clinical diagnosis of acute severe pneumonia, a joint group of experts by the provincial and municipal rescue died. All close contacts through medical observation does not appear abnormal. Experts believe that the initial consideration of the case as a case of human infection with the virus that causes low-risk and spread.

It is understood that after the positive samples detected in Sichuan Province, the local emergency response plan and control in accordance with the technical specifications for 1338 and the same group of positive birds were culled all poultry and harmless treatment, strengthen disinfection destroy the source of the surrounding area carried out emergency monitoring and investigation found no abnormalities.

Under normal circumstances, the odds that a single fatal case of pneumonia would be thoroughly tested - and a novel strain of influenza identified - would be slim.  But with the emergence of H7N9 last year in China, surveillance in China has been ramped up.

While avian flu infections in humans are billed as a rare events, we honestly don’t know how often they happen. But it is probably more common than we know.

The good news is that pandemic viruses only appear rarely.  The bad news is that nature’s laboratory is open 24/7, and it is constantly trying to produce the next `successful’ virus.

All of which highlights the need for continual and enhanced surveillance of humans, livestock, and wild birds for emerging viral threats. Because it isn’t a question of if another pandemic will emerge.

It’s only a matter of when.