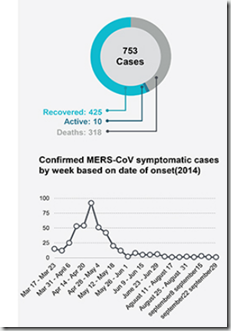 Taif, located just 60 miles east of the Holy City of Mecca – the primary destination for roughly 2 million religious pilgrims who will make the Hajj next week – has reported its fifth MERS case in just over 2 weeks.

The first case was reported on September 12th, while the last – a Health care worker – was announced on Monday the 22nd.

Today, the MOH is announcing another HCW – a 40 y.o. male expat – has been infected in Taif, and is currently isolated in the ICU.   This makes the 10th MERS case announced by KSA’s MOH since September 12th, which represents a small, but worrisome uptick in cases after a relatively quiet summer.