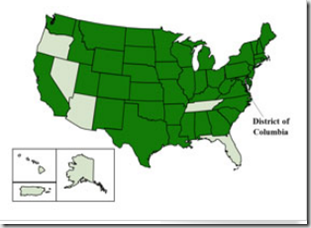 43 states and the District of Columbia

It has been just over a month since the first reports of a rarely seen enterovirus (EV-D68) outbreak began to emerge from Missouri and Chicago (see Kansas City Outbreak Identified As HEV 68 & Enterovirus D-68 (HEV-D68) Update), and in that time the virus has managed to pretty much blanket the country.

The few states not reporting the virus likely have it – but testing is currently backlogged.


Although adults are susceptible, it is mostly kids who are falling ill.  Most of them only endure a `bad cold’, but for a small percentage, this viral infection has produced serious respiratory infections requiring hospitalization.  This week the CDC announced they were investigating four deaths associated with (but not necessarily due to) EV-D68 infection.


Another concern – which we see with many enteroviruses – is that they are sometimes linked to neurological illnesses, including limb weakness or AFP (Acute Flaccid Paralysis).   Last winter, a small clustering of neurological illness was tentatively linked to EV-D68 (see Acute Flaccid Paralysis Cases In California), and a week ago, similar reports began to emerge from Colorado.

While these neurological cases have emerged coincident with the EV-D68 outbreak, a causal link to this enterovirus has not yet been established.

Here then is the latest update (posted yesterday) from the CDC’s EV-D68 website:

From mid-August to October 2, 2014, a total of 514 people in 43 states and the District of Columbia have been confirmed to have respiratory illness caused by EV-D68. Learn more about states with confirmed cases.

*Investigations are ongoing; CDC will review and update available data every Wednesday.

There are other respiratory viruses circulating this time of year, and so simply having a `cold’ – even a bad one – doesn’t mean you necessarily have EV-D68.

We are also starting to see some early reports of influenza, making now the time to start taking extra steps  to observe good `flu hygiene’; wash your hands often, cover coughs and sneezes, avoid touching your face with unwashed hands, and stay home if you are sick. 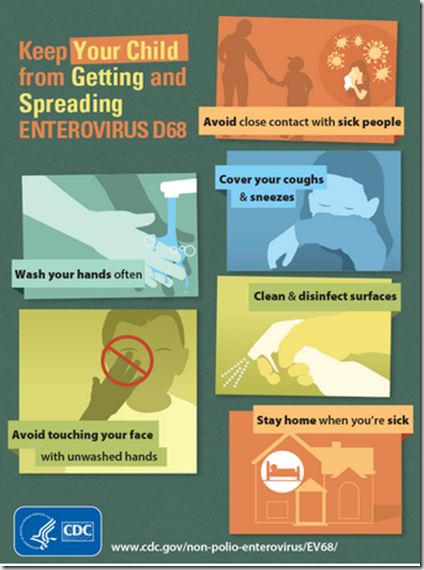 Posted by Michael Coston at 6:56 AM