An Appropriate Level Of Concern Over Ebola In The US

Given that I write about emergency preparedness often, I’m getting a lot of inquires - from friends and readers alike - as to what I’m doing to prepare now that Ebola has reached the United States.   Rather than deal with this question a hundred times over, I’ll lay it out here.

Nothing special.  That is, nothing I wouldn’t be doing anyway.

Although my crystal ball fogs up whenever I try to use it, right now I don’t view Ebola as a personal threat to my safety or wellbeing.  Since my closest friend (and disaster buddy) is a nurse in a fairly large city – I suppose that raises my odds a bit – but even so, I’ve a better chance of keeling over into my morning cereal bowl from a heart attack than I do being infected with Ebola.

Now, were I still a working paramedic, or on the front lines of healthcare, I’d have an ever-so-slightly-raised level concern, but only enough to induce me to follow good infection control procedures to the letter. There are plenty of other – far more common - but equally devastating infections out there worth avoiding.

Of course, I have done the basics.  But not because of Ebola. 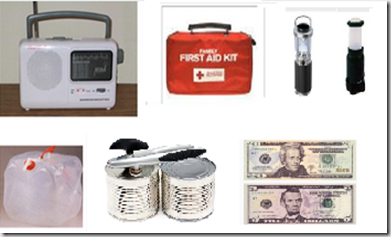 But that’s about it.

I haven’t added anything of note to my preps since the Ebola outbreak began, and I have no plans to do so at this time.  I’m prepared for `all threats’, not focused on one in particular, and frankly, I feel pretty comfortable with that.

While I never like to say `never’, I just don’t see Ebola spreading widely in this – or any other developed – nation.

That is not to say we won’t see impacts from this epidemic.  We already have – in Dallas – and I quite expect we will again.  We could certainly see limited spread here, and even small clusters of cases.  And while it won’t be pretty, and the response may not be perfect,  I have enough faith in our public health infrastructure to believe they would be able to control it.

Now, if Ebola ever finds a way to spread through the mega-cities of Africa, India, Pakistan, or some other high-population, low resource region of the world – the economic, societal, and political destabilization that could occur might change both the nature, and degree, of this epidemic’s threat to the developed world.

For now, the infection threat to the general population outside of Western Africa is very small.  Not zero, but statistically, pretty darn close to zero.

The average American has got a far better chance of dying from seasonal influenza this winter than they do from Ebola.

Admittedly, there are pandemic threats out there that could potentially pose a far greater risk to the global population – MERS, Avian & Swine flu – and I expect one day well see that happen.

And when it does –  I expect the level of preps I’ve made now will do me just fine.