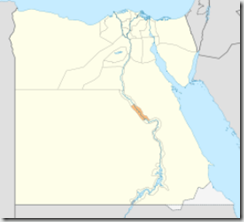 It’s been nearly 3 weeks since we’ve seen an H5N1 update on the Egyptian Ministry of Health’s webpage (see here), and at that time the official count sat at 14 cases for the year.  Since then, we’ve a number of media reports of new cases, with Saturday’s report (see Media Reports Of New H5N1 Cases In Egypt) raising the count to 20 cases.


Apparently this media count has been pretty accurate, as today the Egyptian MOH has posted a brief report on the 21st H5N1 case of the year, a 42 year-old man from Sohag who is reportedly in stable condition.

Of these 21 cases, 17 have been reported since the middle of November, with many of the recent cases coming out of Sohag Governorate.  While a definite uptick in cases (compared to the past couple of years), transmission still appears to be bird-to-human.

The following is a machine translation of the Arabic post.

The Ministry of health and population of infection confirmed new bird flu N5H1 بڤيروس for a 42-year-old from Sohag governorate of Sohag, where symptoms began on 19/12/2014 went for treatment at the Hospital of viruses of Sohag on 20/12/2014 where he was suffering from fever-cough with the rose of dead birds on a farm owned and were suspected in the case and booked at the hospital on the same day of Sohag viruses and found that the chest sound.

-And given drug Tamiflu flu vaccine and has emerged as a result of the sample positive for bird flu virus H5N1 in Central Labs on 22/12/2014 and the general condition of the patient is good and stable.

While the Ministry of health and population appreciates the victim in reporting bird deaths at his ranch and his request for an early health service which helps to stabilize the situation and give it the necessary treatment, the Health Ministry calls upon the gentlemen people who deal with poultry mortality reporting to departments of veterinary medicine and go immediately to the nearest hospital to receive health service if they have flu symptoms, where the infected bird flu drug Tamiflu within the first 24 hours of the onset of symptoms increases the cure rate of The disease reduces death rates, the Health Ministry advised people who deal with poultry caution and prudence when dealing with birds that show symptoms of the disease and the need to take preventive action to prevent such infection need to cover your mouth and nose when handling poultry, wash hands with SOAP and water after handling birds and not Children of breeding birds, slaughter as well as the need to separate from living birds.