H5N1 Detected In Swan Die Off In Henan Province 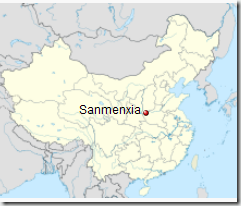 With H7N9 causing most of China’s human avian flu infections over the past two years, and a plethora of recently emerged viruses (H5N8, H5N6, H5N2, H5N3) taking their toll on poultry, we don’t hear much about H5N1 out of  China these days. 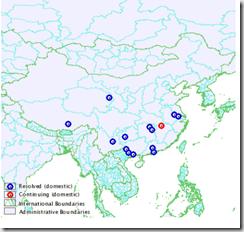 While it rarely captures headlines, H5N1 remains endemic in Chinese birds, and is likely severely under reported in Chinese poultry – in large part due to the use of ineffective vaccines that dampen down symptoms, but don’t necessarily prevent infection (see EID Journal: Subclinical HPAI In Vaccinated Poultry – China).


The arrival of H5N1 in India this fall (see India: HPAI Behind Massive Duck Die Off In Kerala) - likely carried in by migratory birds arriving from spending their summer in  China, Russia, and Mongolia – provides another hint at China’s largely hidden H5N1 problem.

While surveillance and reporting on H5N1 is often limited  - particularly from China’s interior provinces - today Xinhua News is reporting on an H5N1-related die off of swans at the Sanmenxia reservoir in Henan province.

BIRD flu has caused swans to die in a reservoir area of the Yellow River, the country's second longest, authorities confirmed on Saturday.

According to the National Bird Flu Reference Laboratory, the H5N1 virus, a highly contagious strain of bird flu, has caused deaths among swans and other wild ducks in the Sanmenxia Reservoir Area in Sanmenxia City, central China's Henan Province.

The Ministry of Forestry said on Thursday that 93 wild birds had died in the area as of January 14.

In Pinglu Wetland in the neighboring Pinglu County, north China's Shanxi Province, a total of 22 swans, as well as 25 other wild birds, have been found dead on wetland property since Jan. 4, according to local authorities.

The Pinglu Wetland, which forms part of the Sanmenxia Reservoir Area, is a major winter habitat for swans that migrate from Siberia in Russia. More than 10,000 swans flocked to the wetland every winter.

A group of experts have arrived in Sanmenxia City to provide technical support in protecting the precious birds.

The local governments in Sanmenxia City and Pinggu County have taken a variety of measures to prevent a possible spread of the virus, including blocking the entrance and examining people who had close contact with the birds.

No human infection has been reported so far.

Posted by Michael Coston at 9:02 AM