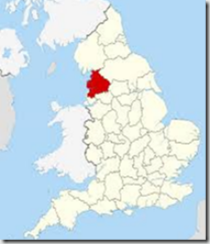 Nearly three days after the initial announcement, we have confirmation that the avian flu outbreak in the Northwest of England is H7N7, although the official statement is long on reassurance and short on specifics.

While the pathogenicity of the virus isn’t addressed in the press release, the addendum Avian influenza declaration 13 July 2015 (PDF, 1.07MB, 14 pages) confirms this to be a `highly pathogenic’ strain.

Before the middle of the last decade, there was no uniform requirement to report or track LPAI infections.  That changed in 2006 when the OIE made reporting of LPAI H5 & H7 viruses mandatory. First the Defra report, then I’ll return with a bit more on the H7N7 virus.

Part of: Animal and plant health

A case of H7N7 avian flu has now been confirmed in Lancashire. A case of H7N7 avian flu has now been confirmed in Lancashire.

A temporary control zone imposed on Friday at the affected farm has now been replaced by a 10 kilometre surveillance zone and an inner 3 kilometre protection zone. Restrictions remain in place and the humane culling of all birds at the farm is continuing.

Public Health England has confirmed that the risk to public health from this strain is very low. The Food Standards Agency has said there is no food safety risk for consumers.

The restrictions mean that all poultry farms within the 10 kilometre control zone around the infected premises are not allowed to move poultry, captive birds or other mammals except under licence.

Final tests results have confirmed a case of avian flu at a farm in Lancashire. Restrictions put in place last week will continue and the humane culling of all birds at the site is progressing. These actions are part of our tried and tested approach to dealing with previous outbreaks.

Public Health England has confirmed that the risk to public health from this strain is very low. The Food Standards Agency has said there is no food safety risk for consumers.

Bird keepers should remain alert for any signs of disease, report suspect disease to their nearest APHA office immediately and ensure they are maintaining good biosecurity on their premises.

We have a strong track record of controlling and eliminating previous outbreaks of avian flu in the UK. The outbreaks in Yorkshire last year and Hampshire in February were both successfully contained, allowing restrictions to be lifted at the earliest opportunity.

An investigation into this case is ongoing.

Prior to the emergence of China’s H7N9 virus in the spring of 2013, H7 avian viruses had only a limited track record of causing human infection and (mostly mild) illness, and were viewed as posing a lesser threat HPAI H5.

Except for China’s unusual H7N9 virus, most H7 avian viruses are considered only a serious threat to the poultry industry.

That said, H7 flu strains - like all influenza viruses – evolve over time.

Which means that though it may be mild or relatively benign in humans today, it may not always remain so.  And so outbreaks of avian flu (LPAI & HPAI) are taken seriously, and dealt with quickly.