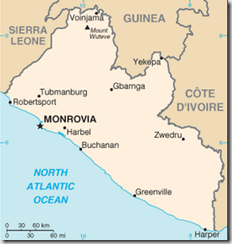 On September 3rd, and for the second time this year, Liberia was declared `Ebola-free’ after going 42 days  without a positive Ebola lab test.   They then entered a 90 day `period of heightened surveillance’ – which, if it passed without incident – would finally allow the country to declare their battle truly won.

Today, less than two weeks before that `probationary period’  was to end, we got the heart wrenching news that a new Ebola case has been confirmed near the capital city of Monrovia, reportedly a 10 year old boy.

Assuming these reports are correct, the process of contact tracing begins again, and the countdown clock gets set back to zero.  It also means there are still unidentified chains of infection in the region, and raises question anew about the convalescent shedding of the virus by recovered Ebola patients.

Determining what risk exposures this child may have had, including travel and/or contacts with travelers, now becomes a top priority, along with monitoring his contacts and containing any further spread.

Getting to zero was never thought to be easy, but today’s announcement demonstrates how hard that goal is going to be to achieve.   This report from Reuters.

A new case of Ebola has been found in Liberia, a country declared free of the disease on Sept. 3, a senior United Nations official said on Friday.

The patient is a 10-year-old boy who lived in the Paynesville, a suburb east of the capital Monrovia, said the official, who declined to be named.

The case represents a setback for Liberia, which has seen more than 10,600 cases and 4,808 Ebola deaths since it was first announced in March, 2014, according to U.N. World Health Organisation figures.

Posted by Michael Coston at 6:08 AM