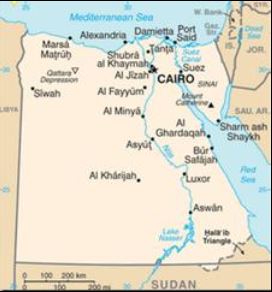 
Despite some limitations, seroprevalence studies can tell us a lot about how widespread a viral infection has been in a community by measuring the level of virus-specific antibodies among a small representative sample of the population.

There are challenges, however.


The logistics of recruiting, and following up with, a large number of subjects over several years can be daunting. Some infections leave a long lasting mark on the immune system, while others fade away in a matter of months, and sometimes similar viral infections will produce cross-reactive antibodies, which can skew the results.

Still, a well-mounted study can provide us with valuable data, and sometimes produce a surprise or two as well.


In Egypt, avian H5N1 has been rife in poultry for more than a decade, and they lead the world with 350 lab-confirmed human infections (and are second to Indonesia with 116 deaths).  These cases, however, represent only the `sickest of the sick', those ill enough to be hospitalized and tested for the virus.

We know that H5N1 can sometimes present with mild or moderate symptoms, and so the assumption is some unknown number of cases go uncounted.


Last January in EID Journal: H5N1 In Egypt, we saw a report on a  seroprevalence study that found antibodies for H5 in roughly 2% of the people tested, suggesting thousands of cases may have gone uncounted in Egypt.


Additionally, a small number of human infections with avian H9N2 have been reported in Egypt As with H5N1, reported cases likely under represent the true burden of infection. A 2014 study found antibodies against H9N2 ranged from 5.9% to 7.5% among poultry exposed individuals in Egypt.

Not reported in humans in Egypt (yet), but occasionally noted in wild birds and poultry (see Serological surveillance reveals widespread influenza A H7 and H9 subtypes among chicken flocks in Egypt) are H7 avian viruses.


While we've seen sporadic human infection in Europe, Asia, and the Americas with H7 avian viruses, with the exception of China's H7N9, they have nearly always been mild.  A few examples include:


All of which brings us to a new follow up serological study that looks for - and finds - evidence of avian H7N7 infection among poultry-exposed individuals in Egypt, despite setting the bar very high (titer, ≥80).

You'll want to follow the link to read the full study, as I've only reproduced the abstract.  I'll have a bit more when you return.

Seroprevalence of neutralizing antibodies against influenza A/H7N7 virus among poultry-exposed and unexposed individuals in Egypt were assessed during a three-years prospective cohort study.

The seroprevalence of antibodies (titer, ≥80) among exposed individuals was 0%, 1.9%, and 2.1% annually while the seroprevalence among the control group remained 0% as measured by virus microneutralization assay.

We then confirmed our results using western blot and immunofluorescence assays.

Although human infection with H7 in Egypt has not been reported yet, our results suggested that Egyptian poultry growers are exposed to avian H7 viruses. These findings highlight the need for surveillance in the people exposed to poultry to monitor the risk of zoonotic transmission of avian influenza viruses.


In 2013, just weeks before H7N9 appeared in China, we looked at EID Journal: Predicting Hotspots for Influenza Virus Reassortment, which identified 6 key geographic regions where reassortments are likely to emerge.

And high on that list (you guessed it), was the Nile Delta region of Egypt.  Other potential geographic foci for reassortment included the northern plains of India, coastal and central provinces of China, the western Korean Peninsula and southwestern Japan in Asia.


With H5, H7, and H9 viruses circulating in poultry, wild birds, and in humans, a high degree of ongoing human-bird contact, and the usual assortment of seasonal human flu viruses thrown into the mix, Egypt - like China - appears to have all the necessary ingredients to keep them high on the list for influenza reassortment for the foreseeable future.

Posted by Michael Coston at 8:11 AM