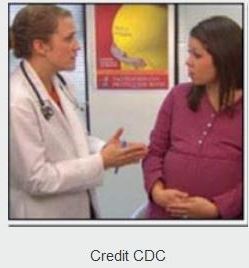 
Despite its portrayal in popular culture, there are very few `Eureka!' moments in scientific discovery, where a brilliant scientist uncovers (or stumbles upon) some universal truth. Instead research is incremental - often taking years or decades and involving many teams working together or separately across the globe, first verifying, then building on each other's work.


This is why I feature so many studies in this blog, even those that don't appear to provide firm conclusions. Because they provide a road map - not only of where we are going - but where we have been along the discovery trail.

Over the years we've looked at a number of research projects delving into a suspected link between prenatal fever and a variety of neurological problems, including autism spectrum disorder (ASD).


To this cannon of work, we can add a new study - published today in Molecular Psychiatry - that adds additional weight to the suspected link between prenatal fever and ASD.  Specifically, maternal fever in the 2nd trimester was linked to a 40% increased risk of autism.

First an excerpt from the (open access) study, followed by some excerpts from the press release from Columbia University's Mailman School of Public Health.  After that, I'll return with a bit more.

Some studies suggest that prenatal infection increases risk of autism spectrum disorders (ASDs). This study was undertaken in a prospective cohort in Norway to examine whether we could find evidence to support an association of the prenatal occurrence of fever, a common manifestation of infection, with ASD risk.

Prospective questionnaires provided maternal exposure data; case status was established from clinical assessments and registry linkages. In a large, prospectively ascertained cohort of pregnant mothers and their offspring, we examined infants born greater than or equal to32 weeks for associations between fever exposure in each trimester and ASD risk using logistic regression.

Maternal exposure to second-trimester fever was associated with increased ASD risk, adjusting for presence of fever in other trimesters and confounders (adjusted odds ratio (aOR), 1.40; 95% confidence interval, 1.09–1.79), with a similar, but nonsignificant, point estimate in the first trimester. Risk increased markedly with exposure to three or more fever episodes after 12 weeks' gestation (aOR, 3.12; 1.28–7.63).

ASD risk appears to increase with maternal fever, particularly in the second trimester. Risk magnified dose dependently with exposure to multiple fevers after 12 weeks' gestation. Our findings support a role for gestational maternal infection and innate immune responses to infection in the pathogenesis of at least some cases of ASD.

To our knowledge, there are no other prospective studies examining maternally reported use of antipyretics for fever and ASD. A retrospective study reporting an association of first- and second-trimester fever with increased ASD risk found that acetaminophen and NSAIDs mitigated fever-associated risks.21 Data were not separately reported for antipyretics with and without anti-inflammatory potential. Here we found only small risk reduction with use of acetaminophen for fever in conjunction with a small increase in risk among febrile women who did not take acetaminophen. In contrast, none of the women with offspring later diagnosed with ASD used ibuprofen for fever in pregnancy, although these findings must be interpreted with extreme caution, given the low overall frequency of ibuprofen use in this population.


Our findings support the hypothesis that fever and associated immune disturbances are implicated in a subset of ASD cases. Although acetaminophen was associated with a small decrease in risk in the context of fever, prior studies reporting ablation of fever-associated risk with use of a diverse range of medications with antipyretic properties, including NSAIDs as well as acetaminophen—along with our own limited data on ibuprofen—suggest that the choice of antipyretic warrants scrutiny.

We have not addressed microbial causes of maternal fever and immune activation. Accordingly, future work should focus on identifying and preventing prenatal infections and inflammatory responses that may contribute to ASD pathogenesis.


Fever during pregnancy may raise the risk for autism spectrum disorder (ASD) in the child, according to a study led by scientists at the Center for Infection and Immunity (CII) at Columbia University's Mailman School of Public Health. The effect was most pronounced in the second trimester, raising odds for ASD by 40 percent. Risk of an ASD was increased by over 300 percent for the children of women reporting three or more fevers after the twelfth week of pregnancy.

The study is the most robust to date to explore the risk of ASD associated with fevers across the entire span of pregnancy, and of the capacity of two different types of commonly used anti-fever medications--acetaminophen and ibuprofen--to address that risk.

Risks were minimally mitigated among the children of women taking acetaminophen for fever in the second trimester. Although there were no cases of ASD among children of mothers who took ibuprofen, a nonsteroidal anti-inflammatory drug, researchers could not ascertain whether risk was mitigated due to the extremely small number of women using this particular drug for fever. Results of the study appear in the journal Molecular Psychiatry.


While none of this proves causality, the link between prenatal fever and variety of congenital brain disorders continues to grow.


Unfortunately, the obvious `solution' - to recommend antipyretics for pregnant women with fever - isn't without its own downsides. In recent years the use of NSAIDs and acetaminophen have been linked to a possible increased risks of  other congenital complications.

In 2015, the FDA issued this Drug Safety announcement:

The U.S. Food and Drug Administration (FDA) is aware of and understands the concerns arising from recent reports questioning the safety of prescription and over-the-counter (OTC) pain medicines when used during pregnancy. As a result, we evaluated research studies published in the medical literature and determined they are too limited to make any recommendations based on these studies at this time. Because of this uncertainty, the use of pain medicines during pregnancy should be carefully considered. We urge pregnant women to always discuss all medicines with their health care professionals before using them.

Severe and persistent pain that is not effectively treated during pregnancy can result in depression, anxiety, and high blood pressure in the mother.1 Medicines including nonsteroidal anti-inflammatory drugs (NSAIDs), opioids, and acetaminophen can help treat severe and persistent pain. However, it is important to carefully weigh the benefits and risks of using prescription and OTC pain medicines during pregnancy.

The published studies we reviewed reported on the potential risks associated with the following three types of pain medicines used during pregnancy (see Data Summary section for more information about these studies):
We found all of the studies we reviewed to have potential limitations in their designs; sometimes the accumulated studies on a topic contained conflicting results that prevented us from drawing reliable conclusions. As a result, our recommendations on how pain medicines are used during pregnancy will remain the same at this time.

We will continue to monitor and evaluate the use of pain medicines during pregnancy and will update the public as new safety information becomes available.


As stated above, the jury is still out on just how much of an increased risk (if any) these medications present during pregnancy.  But it is pretty much a given that there is no such thing as drug that is 100% safe for 100% of the population 100% of the time.


As with all medicines, there is always a trade off; risk vs. reward.

Since prevention is always better than a cure, finding ways to prevent maternal fevers is a priority, which is one of the big reasons the CDC, the WHO, and other public health promote the seasonal flu vaccination of pregnant women.


Most years, the vaccine provides moderate protection against circulating flu strains, but in the event a pregnant woman becomes infected, studies also show the Benefits Of Early Use of Influenza Antivirals In Pregnancy.


We're still a long way from understanding the causes of ASD, and preventing it.  But with each new study, we are incrementally drawing closer to those goals.
Posted by Michael Coston at 7:56 AM