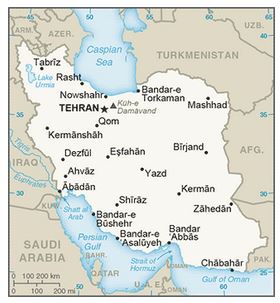 While Saudi Arabia has gone - until last week - nearly a decade without reporting HPAI, the same cannot be said for nearby Iran or Iraq. Official notifications of outbreaks by  both of  those countries have been sparse, however, and are often delayed by months (see here and here).


Iran's last OIE Notification on both H5N8 and H5N1 came in early May (see Final H5N8 and Final H5N1 reports), while Iraq has not submitted a report since December of 2016.

Unofficial reports continue to drift out of these countries (more from Iran than Iraq in 2017) of rising poultry prices, shortages, and cullings. Details, such as the cause, or number of birds affected, are rarely provided.

Today, however, we've a statement from the Iranian MOA that provides us with a glimpse of the impact of avian flu in the country over the past 8 months. The official statement (a mixture of Arabic & Persian) can be found here, but the translation is a bit clunky.

Luckily  we have a brief report from the FARS news agency that - along with a few excerpts from the MOA statement - sums up the situation (note: the translation confusingly jumps between # of birds and `tonnes' of birds.  Almost certainly talking about the number of birds).

Anfolenza birds cause the execution of 12.3 million chickens in Iran


The bird flu has caused the execution of 12.3 million chickens in Iran.


The bird flu has caused the execution of 12.3 million tons of white chickens during the period of 21 March March until December 24, December 2017, the Iranian government spokesman said.


The measure was to safeguard the safety and health of the community and the bad amount of the capacity of the country's production units was 14-20 percent, Nawluck told a press conference on Tuesday.


Iran consumes 900,000 tons of chicken eggs every year, while production capacity exceeds 1.3 million tons, with the prevalence of severe acute bird flu being pushed to the death of many chickens and egg coalition to keep consumers safe, he said.


"With a view to bridging the deficit and balancing prices, the Iranian government has been authorized to import 19, 000 tons of chicken eggs," he said.


An excerpt from the MOA statement describes the economic impact.

A spokesman for the Government said the price of eggs in the first four months of this year from the 5 thousand and USD 672 in April this year to 4 thousand and RS 750 per kg in July. From August due to reduced domestic production prices and incremental process of export strength.


He added: last year more than 23 million and 500 thousand hens were thy and within the second month to the first October this year and 12 million 300 thousand pieces of chicken eggs to preserve the health of society as that 14 to 20 percent of the capacity of the production units.


The Government spokesman expressed that the surveillance devices with precision and speed of action, the Government said in the last year to offset part of the $30 billion in damages and pay this year is 100 billion USD was approved so far 30 percent of it has been paid.


Although the subtype is not mentioned, H5N8 officially arrived in Iran in November of 2016, and has been cited in almost all of the OIE reports submitted since then.


Despite the mandate to report all outbreaks of H5 and H7 avian viruses promptly to the OIE, those notifications don't always come in a timely manner.  And from some parts of the world, we may get no reports at all.

While H5N8 has thus far been a no-show in East Asia and Western Europe this winter, between the recent reports from Saudi Arabia, scattered reports this fall from Russia, and the level of bird flu activity apparently still ongoing in Iran, any reports of its imminent demise are likely premature.