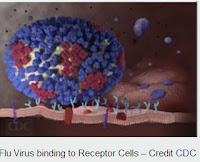 
Although reports of human infection with avian flu subtypes have been on the decline the past 3 years - undoubtedly due to China's massive nationwide H7+H5 poultry vaccination program of 2017-  one subtype, not covered by the vaccine, has been on the ascendent; H9N2.


Ubiquitous in poultry across Asia and in much of the Middle East, LPAI H9N2 occasionally jumps to humans, generally producing only mild to moderate illness.

Due to a lack of testing, we are only aware of a few dozen cases (see FluTrackers List), but serological studies suggest human infection is far more common than those numbers would have us believe (see J. Infect & Public Health: High Seroprevalence Of Avian Influenza H9 Among Poultry Professionals In Pakistan)

Prior to 2015, there were fewer than a dozen known cases of human H9N2 infection, primarily in China and Bangladesh, but since then we've seen more than 40 cases reported in Asia and the Middle East.

In the WHO's most recent Influenza at the human-animal interface - published earlier this month - China reported two cases between Feb 28th and May 8th. Both involved children; one a 5-year-old girl from Hunan province, and the other 3-year-old girl from Guangdong province.

Today, Taiwan's CDC is reporting two more cases on the Mainland, both with onsets in the past 30 days.  First the (translated) statement, then I'll return with a bit more.

According to the Department of Disease Control, the World Health Organization (WHO) announced on May 23, 2020 (China) on May 9th and 13th that China will report one case of H9N2 influenza, one of which is a 6-year-old boy in Weihai City, Shandong Province. , Onset on April 28; the other case was a 10-month-old baby boy in Xiamen, Fujian Province, on May 4. Two cases had mild symptoms. After receiving treatment, they have all recovered.

Both cases had a history of poultry or live poultry market exposure before the onset. Based on the local risk of environmental exposure, the CDC announced that in addition to Fujian Province, which has been listed as the second-level warning (Alert) of the new type A influenza tourism outbreak recommendation, Shandong Province has also been upgraded to the second-level warning (Alert) from now on. ); In addition, China Mainland (including Hong Kong and Macao) severe special infectious pneumonia travel epidemic recommended level of maintenance to maintain the third level warning (Warning).

According to the CDC, there have been 7 cases of H9N2 influenza in mainland China (including Hong Kong) since October last year, with no deaths, distributed in Anhui, Fujian, Guangdong, Hong Kong (moved from Guangdong), Hunan and Shandong The provinces are all mild and have a history of poultry or live poultry market exposure; there have been a total of 46 cases worldwide so far in 2013, with 38 cases in mainland China (including Hong Kong).

The Department of Disease Control reminds people that when they go to mainland China, they should implement the "5 to 6 no" principle, 5 to: poultry meat and eggs should be cooked, wash hands with soap, the doctor should wear a mask to seek medical treatment, and long-term contact with birds People must be vaccinated against influenza, a balanced diet and appropriate exercise; 6 No: do not eat raw poultry eggs or products, do not smuggle and buy unrecognized poultry meat, do not touch or feed migratory birds and poultry, do not wild and Discard poultry at will, do not mix breeding poultry with other livestock, and do not go to places where there is no air circulation or crowding.

If you have a fever or flu-like symptoms when you return to China, you should take the initiative to inform airline personnel and quarantine personnel at the airport and port; if you have the above symptoms after returning to China, you should wear a mask to seek medical treatment as soon as possible, and inform the doctor of the history of travel contact. For related information, please refer to the website of the CDC (https://www.cdc.gov.tw/), or call the toll-free epidemic prevention line 1922 (or 0800-001922) for inquiries.

Just over a week ago, in CDC Adds 3 Novel Flu Viruses To IRAT List, we looked at the addition of 3 new novel viruses to the CDC's pandemic watch list, including the emerging Y280 lineage of the H9N2 virus.

Low pathogenic avian influenza A(H9N2) viruses are enzootic in poultry in many countries in Africa, Asia, the Middle East, and Europe. Since the late 1990s when the first human infections with avian influenza A(H9N2) virus were identified, detection of this virus has been reported infrequently in humans and in swine and other mammals. In 2018, there were 7 reported human infections, most with known exposure to poultry and with the majority involving viruses of the Y280 lineage.


While H9N2 may not be at the very top of our pandemic threats list, it is still regarded as having moderate pandemic potential. And in recent years, we've seen evidence that H9N2 continues to adapt to mammalian hosts, increasing that potential.

A few past blogs include: