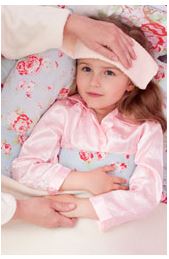 The debate over the susceptibility of children to SARS-CoV-2 infection, the risk that poses to their individual health, and the ability of infected children to transmit the virus on to other (potentially higher risk) contacts continues as schools attempt to open around the country.

While each side can quote research, or at least a `lack of evidence of harm', to back up their assertions, over the past couple of months we've seen increasing evidence that children may play a bigger role in spreading the virus than previously thought.

Three weeks ago, in JAMA PEDS: Nasopharyngeal Viral RNA Higher In Young Children Than Adults, we saw a study that found that children under the age of 5 often had 5 to 10 times more virus in their nasopharynx than older children and adults, which suggests children may be efficient spreaders of the virus.

A day later, in MMWR: SARS-CoV-2 Transmission At A Summer Day Camp - Georgia, June 2020, we looked at a study that found - even when following many (but not all) of the CDC Suggestions for Youth and Summer Camps - the pandemic virus spread efficiently among camp goers.

From the study's conclusion:

These findings demonstrate that SARS-CoV-2 spread efficiently in a youth-centric overnight setting, resulting in high attack rates among persons in all age groups, despite efforts by camp officials to implement most recommended strategies to prevent transmission.

And while it is true that most children appear to only suffer mild to moderate illness with SAR-CoV-2 infection, more than 600 kids in the United States have been hospitalized with a severe, life-threatening autoimmune response dubbed MIS-C (see Nature Med: Peripheral Immunophenotypes in Children with Multisystem Inflammatory Syndrome).

This morning we have a new study - published yesterday in the Journal of Pediatrics - that reinforces some of what we learned from the July JAMA PEDS report.

Researchers at Massachusetts General Hospital (MGH) and Mass General Hospital for Children (MGHfC)  also measured the amount of viral RNA in the upper airway of SARS-CoV-2 positive children and found - even in asymptomatic or mildly symptomatic children -  that it was significantly higher than in hospitalized adults with severe symptoms.

Among the conclusions in this report, the authors write:

We found that children can carry high levels of virus in their upper airways, particularly early in an acute SARS-CoV-2 infection, yet they display relatively mild or no symptoms.

However, there was no age correlation with viral load, indicating that infants through young adults can carry equally high levels of virus. However, SARS-CoV-2 infected children have higher levels of ACE2 expression, which may pre-dispose certain children to infection.

Children with MIS-C do not have high levels of viral load on nasopharyngeal or oropharyngeal viral testing, nor do they have detectable viremia, however, they do have hyperactive antibody responses.

From an infection-control perspective, it is critical to identify infected children early for quarantine purposes. One third of school-aged children presenting with illness during the height of the local pandemic were found to have SARS-CoV-2 infection.

The authors make the case that children - even those who are asymptomatic - are likely to be efficient spreaders of the virus, and that a rushed reopening of schools - or an over reliance on temperature and/or symptom checking to screen for the disease -  could help exacerbate the pandemic.

The full study is available at the link below.

Posted by Michael Coston at 7:38 AM