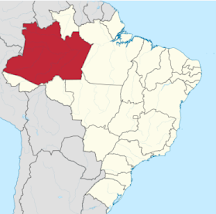 #15,721
Ten days ago, in PrePrint: Genomic Evidence of a Sars-Cov-2 Reinfection Case With E484K Spike Mutation in Brazil, we looked at the first confirmed reinfection in a 45 y.o. healthcare worker in Bahia state with one of the recently emerged COVID variants in South America carrying the E484K mutation.
The authors wrote:

Viral evolution may favor reinfections, and the recently described spike mutations, particularly in the receptor binding domain (RBD) in SARS-CoV-2 lineages circulating in the UK, South Africa, and most recently in Brazil, have raised concern on their potential impact in infectivity and immune escape.

We report the first case of reinfection from genetically distinct SARS-CoV-2 lineage presenting the E484K spike mutation in Brazil, a variant associated with escape from neutralizing antibodies.

Of course, we've seen reinfections before - even when the E484K mutation was not involved - in places like India, Hong Kong, the Netherlands & Belgium, and in Nevada. The bar for confirming a reinfection is set pretty high, and so many cases go unconfirmed.
A study published last week (see UK PHE: Results From the SIREN Study On COVID Reinfection) found post infection immunity appears to provide 83% protection against reinfection for at least 5 months, although they warn that some of those infected during the first wave may be vulnerable to reinfection now.

Making the relevance of a small number of reinfections with the E484K mutation difficult to ascertain.

While they could be due to changes to the virus, these patients could simply have reached the limits of their acquired immunity, and might have been reinfected regardless of the variant they were exposed to.

As more cases are identified, we should get a better idea of what we are dealing with.

Today we've a new report from Brazil's Ministry of Health (published Friday) on another reinfection, this time in Amazonas state, where the P.1 variant with the E484K mutation is currently wreaking havoc (see Brazil: Amazonas Transfers 235 COVID Cases To Other States Amid Critical Oxygen Shortage).

(Note: for reasons unknown, the Amazonas government website is unreachable for me this morning, and simply times out).

An overview of the P.1 variant is available at Virological: Another E484K South American Variant To Ponder.  The translated report from the Brazilian MOH follows:

The Ministry of Health was notified this Wednesday (01/13), by the state of Amazonas, about a confirmed case of reinfection by a new variant strain of SARS-CoV-2. On January 12, Fiocruz in the state of Amazonas identified a variant of the coronavirus in a 29-year-old woman with mild symptoms of the disease.

The woman was diagnosed with the infection for the first time on 03/24/2020 and, on 12/30/2020 (nine months later), obtained the second positive diagnosis for Covid-19 by RT-PCR. The second analysis carried out showed a pattern of mutations, compatible with the variant of the SARS-CoV-2 virus, recently identified by the Ministry of Health of Japan, but originating in Amazonas.

The information was shared, as part of the routine of epidemiological surveillance, with the Pan American Health Organization (PAHO / WHO) and with the entire Network of the Center for Strategic Information and Response in Health Surveillance (Cievs). The Ministry of Health recommended to the states, Federal District and municipalities the continuous strengthening of the control activities of Covid-19, the expansion of the routine sequencing of SARS-CoV-2 viruses, the investigation of outbreaks and the tracking of contacts in every case from Covid-19.

In Brazil, two cases of reinfection due to a new variant of SARS-CoV-2 have been reported so far, one in the state of Bahia with the mutation originally identified in South Africa that is still under investigation, and the other already confirmed. in the state of Amazonas with Amazonian variant initially identified in Japan. The cases are monitored by teams from the Ministry of Health and PAHO / WHO.

The portfolio has received several notifications of suspected cases of reinfection by Covid-19, but that do not meet all the criteria necessary for confirmation of new cases, as established in a technical note .

A case of Covid-19 reinfection requires the individual to present two positive results of real-time RT-PCR for the SARS-CoV-2 virus, with an interval equal to or greater than 90 days between the two episodes of respiratory infection, regardless of clinical condition observed in both episodes.

The Ministry of Health reinforces the need for the adoption of continuous use of masks, constant hand hygiene and the use of gel alcohol.

Posted by Michael Coston at 6:52 AM