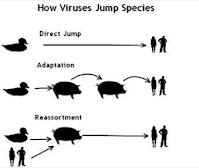 A month ago (Apr 26th) we saw the first confirmed human infection by avian H3N8 reported by Chinese officials in Henan Province (see China: NHC Confirms Human Avian H3N8 Infection In Henan Province). The patient - described as a 4 year-old boy from Zhumadian City - fell ill in early April - and at the time was reported to be in critical condition with respiratory failure.

The media coverage was robust - even inside China - and we saw several risks assessments (including FAO/OIE/WHO Joint Rapid Risk Assessment Human infection with Influenza A(H3N8)) published by international agencies.

From the WHO Risk Assessment (dated May 9th):

Currently, limited available epidemiologic and virologic information suggests that this avian influenza A(H3N8) virus has not acquired the ability of sustained transmission among humans. Therefore, the risk at the national, regional and international level of disease spread is assessed as low. However, further sporadic human cases can be expected as long as the virus continues to be detected in poultry populations. Additional information from human and animal investigations and studies is needed to better assess the current risk posed to public health.

For the first few weeks after this report I kept a close eye on Chinese media reports, but over the past week I've been more focused on Monkeypox, Acute Hepatitis in children, and COVID - and did not see (until today) what appears to be a second H3N8 case reported in Henan Province.

Although the following announcement was posted on the Henan CDC website on May 19th, it has scarcely garnered mention in the Chinese press.

Perhaps because <Text Selection> permission appears to be turned off on this website, making it difficult to cut and paste.  Below you'll find a screenshot (taken today at 0630 hrs EST).

Difficult, but not impossible, if you know how to access the site's HTML. The translated text follows:

The Hunan Provincial Center for Disease Control and Prevention reported on May 19 that a retrospective case of human infection with H3N8 avian influenza was reported in Changsha City. The patient, male, 5 years old, from Kaifu District, Changsha City, developed fever and chills on May 9, and recovered the next day after symptomatic treatment.

Experts judged that this case is an occasional bird-to-human cross-species transmission, and the risk of transmission is low. . Experts suggest that the public should avoid contact with sick and dead poultry in their daily lives, and try to avoid direct contact with live poultry; pay attention to dietary hygiene, separate raw and cooked meat, and eat meat after it is fully cooked; improve self-protection awareness and find fever and respiratory symptoms. Patients should wear a mask and seek medical attention as soon as possible. If you have been in contact with birds before, tell your doctor.

Interestingly, Changsha City is hundreds of Kilometers south of Zhumadian City. where the first case was reported (see map below). 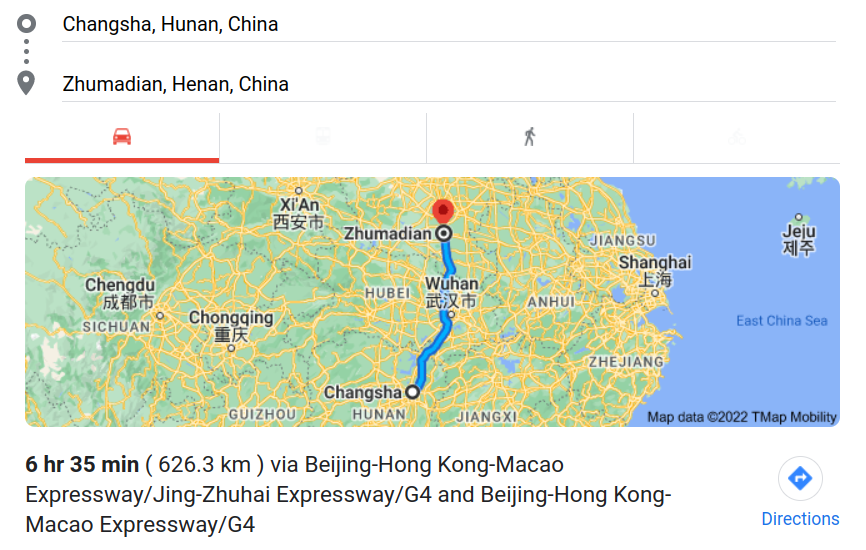 So far, I've only seen 3 or 4 brief mentions in the Chinese press, and nothing from the usual information release points (Hong Kong's CHP, Taiwan's MOH, etc.).  One would think a second detection of H3N8 would merit more coverage, but China maintains strict control over the media, and has a long history of releasing `bad news' strategically.

It is likely that many more spillover events (of H3N8, H5N6, and various swine-variant viruses, etc.) occur each year in China than we can imagine.  Surveillance is spotty, and reporting is often belated or absent altogether.

Fortunately, most of these human infections are one-off events, and most of these viruses will never achieve sustained human-to-human transmissibility.

But every once in awhile a novel virus gets lucky. For more on avian H3N8, and why we watch its evolution and development so closely, you may wish to revisit:

Posted by Michael Coston at 8:03 AM