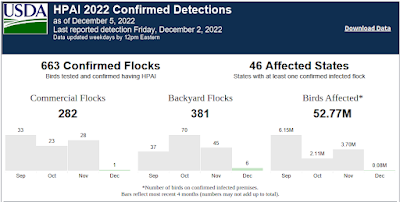 #17,154
Since our last USDA update on Nov 9th, commercial poultry losses from our current HPAI H5N1 epizootic - which arrived in the United States in January of this year - officially exceeded the record losses from the 2015 H5Nx epizootic.

Other important metrics - including the number of states reporting poultry outbreaks (46 vs 15), the number of wild birds dying (minimal in 2015), and the number of mammalian infections reported - were all eclipsed months ago.

The impacts on the poultry industry, the economy, and the consumer's pocketbook have all been substantial, with record prices for eggs - and occasional shortages - reporting in many parts of the country.

While the number of wild birds lost to HPAI will never be fully known, already the USDA/APHIS has confirmed more than 4,238 outbreaks across 47 states; an increase of more than 25% over last month's reported total (n=3,375) 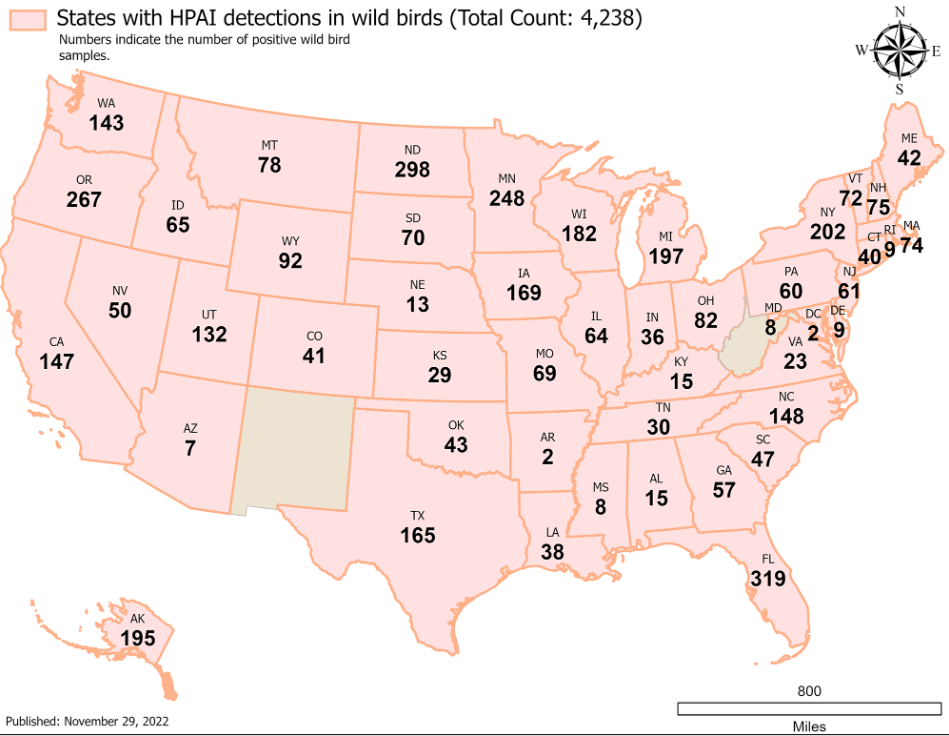 Aside from its enhanced carriage by migratory birds, and an extended avian-host range, we've also seen evidence of the continual evolution - and increased virulence - of the H5 virus as it reassorts its way across the nation (see Preprint: Rapid Evolution of A(H5N1) Influenza Viruses After Intercontinental Spread to North America).

While it requires a certain amount of luck to detect these types of infections - meaning many go undetected - that number has grown by 20% in their latest update to 98. 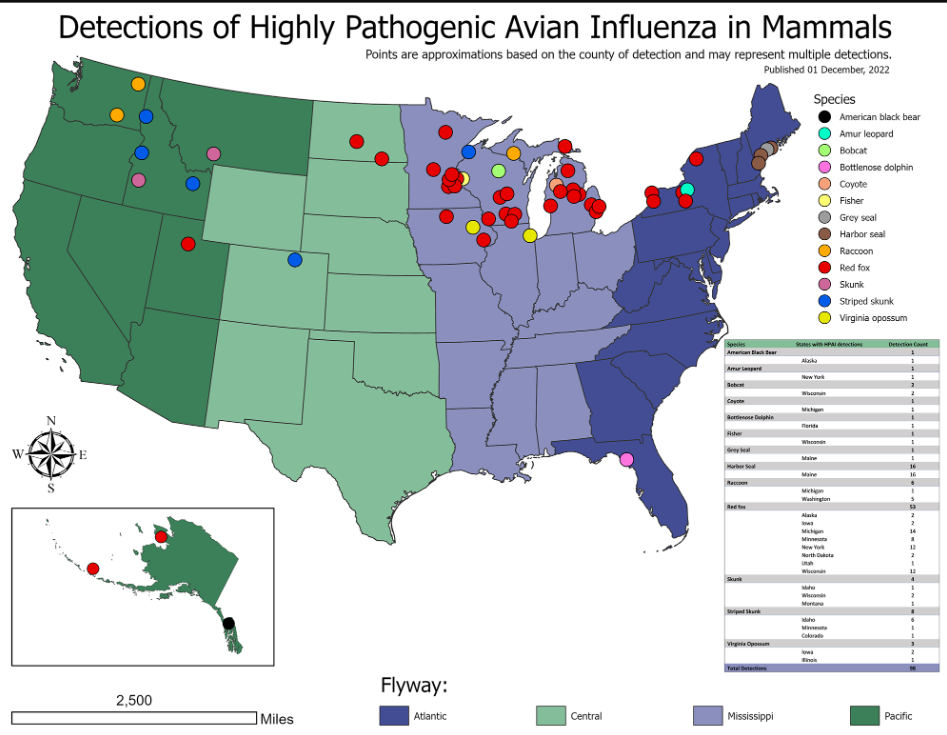 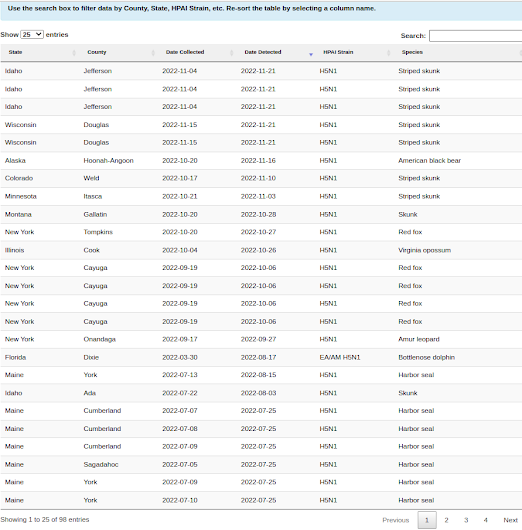 This increased susceptibility of mammalian hosts of HPAI H5N1 is an obvious concern - particularly given the reports of severe illness and neurological manifestations - but so far all 4 known human infections  (1 in the US, 1 in the UK, and 2 in Spain) have been mild or asymptomatic.

For now the health threat to the general public from these viruses is considered very low, and it is mainly of concern to those who work closely with poultry.

While the future course and impact of HPAI H5 is unpredictable, for now this virus is on the ascendant around the globe, infecting and killing millions of birds (wild and domesticated), and trying its hand at infecting mammals.

Given the rapid rise in outbreaks during the month of November - and the unprecedented spikes in outbreaks in the UK and Europe - there could be a long and difficult avian flu season ahead.