Note: This is the final day of National Preparedness Month.  Follow this year’s campaign on Twitter by searching for the #NPM11 hash tag.

This month, as part of NPM11, I’ll be rerunning some edited and updated older preparedness essays, along with some new ones.

Since this is National Preparedness Month, I’ve been pleased to highlight the subject of disaster and emergency preparedness over the past 30 days. A search of this blog using the term NPM11 will return more than 15 recent preparedness essays.

I must confess that I never intended my life to revolve around emergency preparedness, but fate – and life choices – often end up driving us in unexpected directions.

Like many lads, I was a Boy Scout and later an Explorer Scout, and the motto `Be Prepared’ was drummed into our heads. But more importantly, as a young boy I lived for several years with my family aboard an ancient (circa 1914) 63’ wooden yacht. 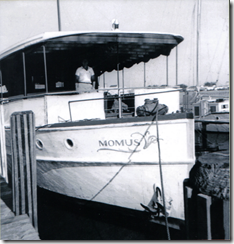 It was an exciting lifestyle for a young boy, and while we lived mostly in a Marina, we often went out and stayed `on the hook’ for days at a time.

We were more-or-less self contained, with water holding tanks, generators, propane refrigeration, and even a small workshop aboard.

I learned to fish, swim, and handle a rowboat at a very early age. This was also during the height of the cold war, and the Cuban Missile crisis, and so civil defense and preparedness was instilled in all of us via the media and even my elementary school.

Later, as an adult, I would spend more than a dozen years living aboard a couple of different sailboats, and learned about solar power, navigation & map reading, and efficient food storage. 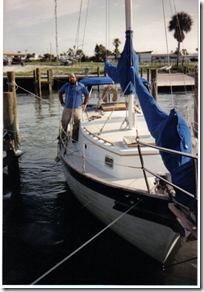 During the 1980s I took more than a year off and spent it living `on the hook’ and cruising aboard a smaller sloop.

It takes a lot of thought, and preparation, to get a small boat ready for an extended voyage.  And when you are out of radio range, which we were occasionally, calling for help was not an option.

Being prepared for emergencies was essential.

I also spent the better part of the 1970s working first as an EMT, and then as paramedic. There, I learned first-hand how quickly emergencies (large & small) can strike, and how important it was to have a good first aid kit, and the skills to use it. 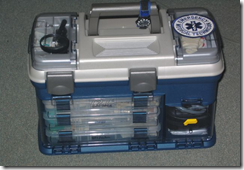 And then, much later, for about a decade I even`went back to the land’.

After spending all but one of my first 40 years in Florida, in 1995 I moved to 24 backwoods acres in the Midwest and attempted to carve a modicum of civilization out of the Missouri wilderness.

It was quite a learning experience.

We lived 30 minutes from the closest town, and during the winter, access to the property could be cut off for days, or even weeks, by ice or snow. We heated with wood, which we cut, split, and stacked ourselves and of course, we grew a garden. 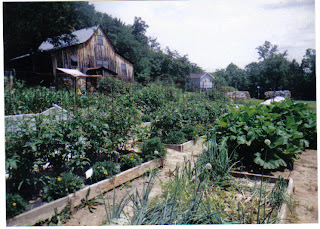 I confess - I’m not really much of a backwoodsman - and while I learned a great deal during that time, I finally was able to return to Florida in 2005 (the statute of limitations had expired).

I hardly fit the popular image of a modern `Survivalist’, and no . . .  I’m not preparing for TEOTWAWKI (The End Of The World As We Know It). But experience has taught me that being well prepared for emergencies can pay big dividends.

I recommend - at a bare minimum – that every household should have a disaster plan, a good first aid kit (and the knowledge to use it), and emergency supplies to last a minimum of 72 hours during a disaster.

Essentially the same advice you get Ready.gov, FEMA, and Red Cross. And if you do those few things, you will have taken important first steps towards being prepared for a disaster.

But there are times - as we’ve seen with the earthquake and tsunami in Japan, the tornado outbreaks in the south and Midwest this past spring, and with Hurricane Katrina in 2005 –  When 72 Hours Isn’t Enough.

Even in the wake of a low category Hurricane Irene, many residents of New England were still without power after 7 days.

Personally, I wouldn’t be happy with anything less than a 2-week stash of emergency supplies. But that’s just me, I live in hurricane country, and I’m sort of a belt-and-suspenders type of guy.

Over the years my preparations have provided me with emergency lighting, heat, and the ability to cook when the power was out for days at a time. And I’ve never had to face an empty cupboard during the aftermath of an ice storm or hurricane.

And just as importantly to me, I’ve been able to offer assistance to friends and neighbors during medical emergences and disasters.

I didn’t set out to live `the prepared life’, but time and again it has proven to be a good decision. As a result, I don’t lie awake at night worrying about massive solar flares, tsunamis, earthquakes, or zombie invasion.

I discovered long ago the secret to sleeping soundly at night; that preparing is easy.