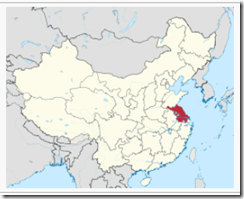 We’ve a new study that adds incrementally to our knowledge base on human infection by the H5N1 bird flu virus that appeared in BMC Infectious Diseases yesterday. The results of which, I suspect, will end up being used by both sides of the The Great CFR Divide.

Researchers interviewed and took blood samples from 306 poultry workers from three counties in Jiangsu Province, China between July 1st and August 15th, 2010. None of the workers reported serious respiratory illness in the past, and all dealt with un-vaccinated poultry on routine basis.

Since 2003 to 06 Jan 2012, the number of laboratory confirmed human cases of infection with avian influenza in China was 41 and 27 were fatal. However, the official estimate of the H5N1 case-fatality rate has been described by some as an over estimation since there may be numerous undetected asymptomatic/mild cases of H5N1 infection. This study was conducted to better understand the real infection rate and evaluate the potential risk factors for the zoonotic spread of H5N1 viruses to humans.

A seroepidemiological survey was conducted in poultry workers, a group expected to have the highest level of exposure to H5N1-infected birds, from 3 counties with habitat lakes of wildfowl in Jiangsu province, China. Serum specimens were collected from 306 participants for H5N1 serological test. All participants were interviewed to collect information about poultry exposures.

The overall seropositive rate was 2.61% for H5N1 antibodies. The poultry number was found associated with a 2.39-fold significantly increased subclinical infection risk after adjusted with age and gender.

Only antibodies to the older A/Anhui/1/05 strain were detected.

In their discussion, the authors state:

Several serological studies have been conducted to assess the transmission of H5N1 virus in poultry workers. The reported seropositive rates vary from 0 to 10% [9-11]. In the present study, the overall positive rate we found was 2.61% and in different sampling districts the rates varied from 0 to 5.38%.

Many factors could be responsible for the variability, such as the H5N1 infection rate and vaccination rate of the poultry, the precautions and job duties of the workers. In our study, poultry number was identified as a novel risk factor associated with human infection with avian H5N1 virus, which could be accounted for the distinction of seropositive rate among districts and studies.

This is a small sampling - a little over three hundred blood tests conducted across three counties in Northern China – so one must be careful in extrapolating these numbers across a wider population.

But the lack of seropositivity among poultry workers in Gaochun county suggests a good deal of variability, even among high risk populations.

Which means you can’t simply multiply the population of endemic regions by 2.61% in order to come up with a reasonable estimate of the number infected.

And there’s a lot we don’t know about the road to achieving seropositivity, including viral load required, mode of infection (or exposure), and differences in the pathogenicity and transmissibility of various clades of the virus.

Earlier this week in Differences In Virulence Between Closely Related H5N1 Strains, we looked at two closely related H5N1 strains which produced decidedly different pathogenesis in mice and ducks.

With at least 20 clades of the virus identified, and a good deal of genetic variation within each clade, it makes it very difficult to make any general statement about the virulence or transmissibility of the H5N1 virus.

Today’s study shows that low levels of H5N1 seropositivity among some poultry workers in China exists.

But it is neither uniform nor is it universal.

It’s another data set to consider, along with the handful of other studies we’ve seen. But does not provide a definitive answer, one way or the other, on the transmissibility of the H5N1 virus.

For more on H5N1 seroprevalence studies, and the controversy over the Case Fatality Rate of the H5N1 virus, you may wish to revisit:

Science: Peter Palese On The CFR of H5N1

Posted by Michael Coston at 9:07 AM