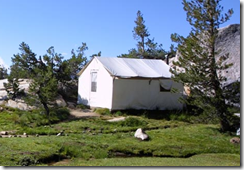 Although you are twice as likely to be killed by an errant bolt of lightning in the United States (average 54 deaths/year) than from infection with Hantavirus (roughly 20 deaths/year), the recent high profile outbreak at the campsites in Yosemite National Park has captured the public’s attention here, and around the world.

Hantavirus is an extremely rare rodent-carried virus that is transmitted to humans via their urine and feces. It causes a severe form of pneumonia called HPS (Hantavirus Pulmonary Syndrome) which is fatal in about 30% of the cases, but it is not transmissible from person to person.


Yesterday we learned that the number of cases in that cluster has increased to 8, with 3 fatalities. The latest death coming from a Charleston W.V. man who visited the park earlier this summer (see KCHD Investigating Hantavirus case).

The National Park Service has released a statement indicating that the 8th reported case is an `outlier’, as he did not stay in any of the 91 "signature tent cabins" in Curry Village where the other 7 cases were presumably exposed.

Instead he backpacked and camped along park’s high country called the High Sierra Loop, which provides pre-setup tent camps along the route. 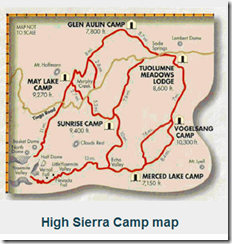 Information current as of September 7, 2012

The National Park Service has received confirmations from national and state public health agencies of HPS cases linked to eight individuals who stayed one night or more in Yosemite since June of this year. Three cases have resulted in fatality; the five remaining individuals are either improving or recovering. The confirmed cases include six individuals from California, one from Pennsylvania, and one from West Virginia. The types of hantavirus that cause HPS in the United States cannot be transmitted from one person to another.

Seven of the eight cases of HPS have been linked to the "Signature Tent Cabins" in Curry Village in Yosemite Valley. Those cabins have been closed and parties who stayed overnight since June 10 have been reached out to by the park or the operator of Curry Village, DNC Parks & Resorts at Yosemite, Inc.

The California Department of Public Health (CDPH) has advised the National Park Service that one of the eight confirmed cases of HPS stayed in multiple High Sierra Camps in Yosemite (a different area of the park than Curry Village) in July, and that the stay in the High Sierra Camps is the most likely source of that person's infection. This individual exhibited mild symptoms and is recovering.

You don’t, however, have to trek the high country of Yosemite National Park, or stay at Curry Village, to risk exposure to the Hantavirus.  As the chart below shows, while rare, this rodent borne disease has a wide range in the United States. 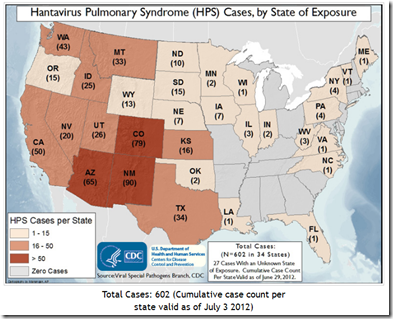 Although Colorado, New Mexico, and Arizona are the nation’s hot spots for the virus, a few cases have been reported as far east as Florida the Eastern Seaboard.

The range of susceptible rodents (predominantly the deer mouse, but also the white footed mouse in the Northeast, and the cotton rat in the south) is such that some risk of exposure is possible practically anywhere in the country. 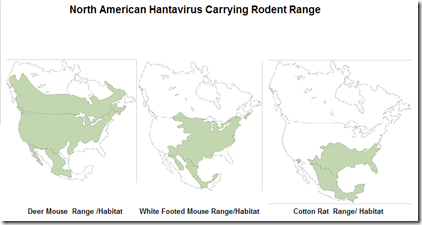 Nonetheless, infection with HPS is rare in the United States. Still it makes sense to avoid exposure to the virus whenever possible, and so the CDC offers this advice:

Eliminate or minimize contact with rodents in your home, workplace, or campsite. If rodents don't find that where you are is a good place for them to be, then you're less likely to come into contact with them. Seal up holes and gaps in your home or garage. Place traps in and around your home to decrease rodent infestation. Clean up any easy-to-get food.

Recent research results show that many people who became ill with HPS developed the disease after having been in frequent contact with rodents and/or their droppings around a home or a workplace. On the other hand, many people who became ill reported that they had not seen rodents or rodent droppings at all. Therefore, if you live in an area where the carrier rodents are known to live, try to keep your home, vacation place, workplace, or campsite clean.

For more information on how you can prevent rodent infestations, the following information is available on the CDC Rodents site: 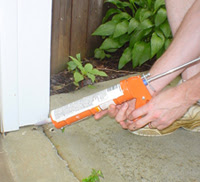 Seal up holes inside and outside the home to keep rodents out. 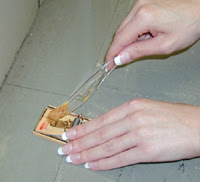 Trap rodents around the home to help reduce the population. 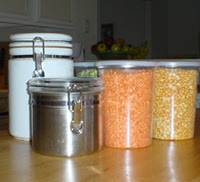 Avoid illness: Take precautions before and while cleaning rodent-infested areas.


And for more information, the CDC offers a   16 page PDF  on Hantavirus, which is available on their Hantavirus Main page. 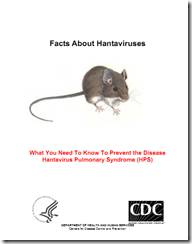 Posted by Michael Coston at 8:36 AM