At the time, I wrote that promising 200K doses of vaccine in `3 months’  was likely more reassurance than reality.

Our limited experience with H7 and H5 vaccines suggests that they are more difficult to produce than vaccines for seasonal (or even the H1N1 pandemic) strains. H5N1 vaccines required as much as 12 times as much antigen as seasonal flu vaccines, and still only produced modest immune responses (see Canadian Press article  Branswell On The Challenges Of Producing An H7N9 Vaccine).

In early May we saw an analysis of some of these problems published in JAMA, penned by CIDRAP’s  Michael T. Osterholm, PhD, MPH; Katie S. Ballering, PhD; and Nicholas S. Kelley, PhD. Rather than try to pick and choose excerpts, I would invite you to follow the link and read:

Despite these formidable hurdles, other countries (see China To Work On H7N9 Vaccine & Japan Gives Order To Develop H7N9 Vaccine) have announced their intention to pursue a vaccine. Less than a month ago (Sept 18th) the NIH announced they were about to embark on a year-long vaccine trial (see NIH Begins Phase II Clinical Trials On H7N9 Vaccine Candidates), that would hopefully conclude by December of 2014.

Those trials are reportedly on hold during the U.S. government shutdown, and an `end-date’ remains uncertain.

Today, six months after their initial announcement of `a vaccine in 90 days’, Taiwan has announced that they now expect those 200,000 doses of vaccine will be produced by the end of next year.  Of course, that assumes there are no major hitches in the clinical trials.

This from News Channel Asia.

Taiwan is scheduled to roll out its first vaccine against the H7N9 strain of avian flu in late 2014, after the island confirmed the first outbreak of the deadly virus earlier this year, researchers said on Monday.

TAIPEI: Taiwan is scheduled to roll out its first vaccine against the H7N9 strain of avian flu in late 2014, after the island confirmed the first outbreak of the deadly virus earlier this year, researchers said on Monday.

"We plan to start Phase II clinical trial in March," which will contain 300 clinical cases, Su Ih-jen, director of the National Institute of Diseases and Vaccinology at the National Health Research Institutes (NHRI), told AFP.

After that, the project is scheduled to move into Phase III clinical trial in June, with 1,000 people being tested, he said.

The NHRI is able to produce 200,000 doses of the cell-based vaccine once the project clears the Phase III trial stage, he said.

Should H5N1, H7N9, MERS-CoV or any other novel virus threaten, any vaccine is likely to arrive too late, and in too little quantity, to have much of an effect on the first wave or two.

Instead – at least during the opening months of a pandemic -   we will be looking to measures like social distancing, school closures, hand hygiene & masks (aka Nonpharmaceutical Interventions NPIs) along with neuraminidase (NA) inhibiting antiviral drugs (NAIs) like oseltamivir (Tamiflu ®) and Zanamivir (Relenza ®) to help mitigate its impact (although only useful against influenza viruses). 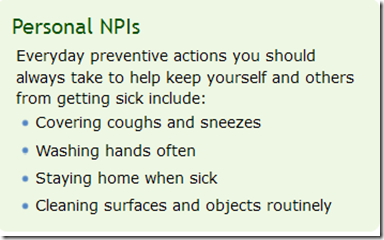 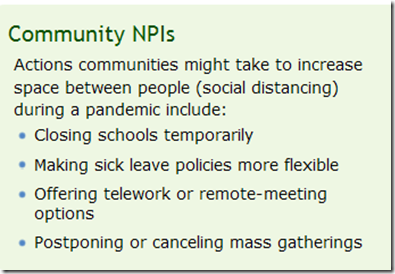