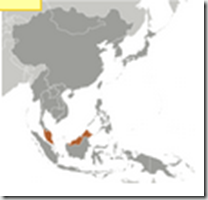 This story has been bouncing around twitter for a couple of hours, but now has linkable media reports and a press release from the Malaysian Ministry of Health to back it up.  First a media report from the Straits Times, and then a translation of the official statement from the MOH.

PUTRAJAYA (THE STAR/ASIA NEWS NETWORK) - A Malaysian man who developed respiratory complications after returning from Mecca has died, becoming the first case of death caused by the Middle East Respiratory Syndrome (Mers) coronavirus in Asia.

The 54-year-old man, from Batu Pahat, Johor, had arrived in Malaysia on March 29 after performing the umrah.

He died on April 13 after being admitted to the Hospital Sultanah Nora Ismail for three days, following complaints of fever, cough and breathing difficulties.

Passengers onboard the Turkish Airlines flights TK93 and TK60 on the Jeddah-Istanbul-Kuala Lumpur route on March 29 are urged to contact the Health Ministry for a health screening, said Health Minister Datuk Seri Dr S. Subramaniam.

The following comes form the Malaysian Ministry of Health website:

The Ministry of health (MOH) to inform you about one (1) death confirmed infected MERS-CoV involves a man Melayu Malaysian, aged 54, from Batu Pahat, Johor. As A Result the investigation found he had returned to Malaysia from performing umrah and arrival on 29 March 2014. On 8-9 April 2014, he experiences symptoms fever, cough and difficulty breathing. On 10 April 2014, he was admitted to Sultanah Nora Ismail (HSNI), for the inspection and further treatment. Circumstances he became increasingly ill and confirmed died the world on 13 April 2014, at 9: 57 am. As a result the investigation found the cause of death is Severe Pneumonia Secondary to MERS-CoV.

MINISTRY OF HEALTH is conducting prevention activities as well as control, including making close monitoring on contact (close contact) with the case. The Practice Of Prevention and control of infection among health personnel strengthened, and monitoring of health personnel involved in handling related cases. To this end also, the public flight Turkish Airlines (TK93 and TK60) for travel from Jeddah-Istanbul-Kuala Lumpur on 29 March 2014 are kindly requested to contact the following numbers for assist the MINISTRY OF HEALTH surveillance; i) 03-8881 0600/0700 (Mon-Friday except public holidays, 8: 00 am to 5: 00 pm) or ii) 013-6699 700.

To date, the cause of the infection and the infection for this MERS-CoV infections still have not been identified. The WHO also pointed out, at the moment the level of spread of infection whole unknown and There is no vaccine to provide protection against infection of MERS-CoV. The WHO has not issued any advice perjalananan (travel advisory) or remove any prohibition of visits to the countries involved.

MOH would like to advise members of the public who wish to do umrah in the land Sacred or visit to any country in the Middle East region now reported incidents of infection MERS-CoV, on matters follows:

The cooperation of a travel agency in particular Governing Council umrah/Hajj are requested in order to strengthen the awareness of events MERS-CoV infections through the promotion of information on an ongoing basis to the Cabinet umrah/Hajj. For this purpose, the agency concerned are requested to referring to health advice as recommended above.

The Ministry of health will continue to monitor the incidence of disease and any progress will be notified from time to time. The latest information-CoV infections MERS can be obtained from the site from the website http://www.moh.gov.my.

Thank you and thank you.

Posted by Michael Coston at 7:00 AM 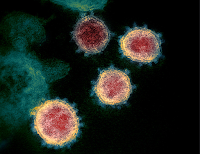