WHO On Jordan’s Latest MERS Case 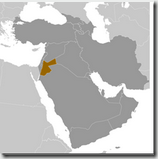 Last week in Jordan Reports 16th MERS Case Of 2015 we looked at the sparse reporting on the 16th case related to a cluster that began last August when a Jordanian - recently arrived from Saudi Arabia - received care in a couple of hospitals over a two-week period before being diagnosed with the coronavirus.

Today the World Health Organization has published a somewhat baffling account of how this latest patient – a contact of a previously diagnosed case in this cluster - managed to be treated by, or admitted to, three different hospitals over more than a week’s time before being diagnosed with MERS.

What we don’t know from this narrative is what exposure history the patient conveyed to the doctors treating him (although the first hospital did briefly placed him in isolation on his second visit), his symptoms (were they unusually mild, or atypical for MERS?), or what tests might have been conducted – and their results – prior to his finally testing positive on Oct. 6th.

Laboratory tests may not always yield accurate results (two negative tests, 48 hrs apart is the standard to rule out infection), and the virus may produce a wide range of symptomology ranging anywhere from severe pneumonia and renal failure to mild or subclinical presentation.

Regardless of the circumstances, the next two weeks should tell us if Jordan’s nosocomial MERS outbreak is finally winding down, or if this missed MERS diagnosis will give it new life.

A 53-year-old male from Amman city developed symptoms on 26 September and sought health care at a hospital, where he was treated symptomatically and sent home. On 29 September, as symptoms worsened, the patient returned to the hospital, where he was admitted to an isolation room. The patient was discharged on 1 October. On the same day, as his conditions did not improve, he visited a second healthcare facility, where he was treated symptomatically and sent home. On 3 October, as his condition deteriorated, the patient sought medical care and was admitted to a third health care facility. He tested positive for MERS-CoV on 6 October. Currently, the patient is in stable condition in ICU. He does not have comorbid conditions but is a smoker. The patient is a contact of a laboratory-confirmed MERS-CoV case reported to WHO on 21 September (see DON published on 1 October – case no. 2). He has no history of exposure to other known risk factors in the 14 days prior to the onset of symptoms. Contact tracing of household and healthcare contacts is ongoing.

Globally, WHO has been notified of 1,594 laboratory-confirmed cases of infection with MERS-CoV, including at least 568 related deaths.