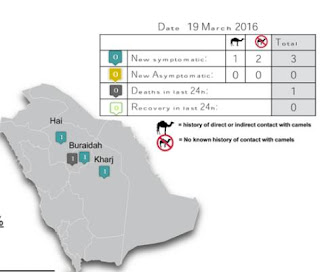 
Saudi Arabia's March MERS count continues to climb with their 42nd, 43rd, and 44th case of the month announced this morning.  While each comes from a different location, all three areas have recently reported surges in cases.

`Primary cases’ are those that occur in the community when there is no known exposure to a health care facility or to a known human case. 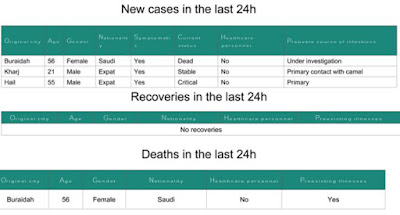