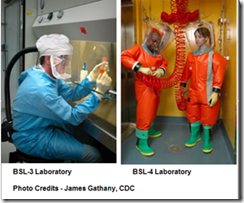 Today and tomorrow the NSABB (National Science Advisory Board for Biosecurity) will reconvene to re-examine the issues surrounding the publication of controversial H5N1 research that produced a ferret-transmissible strain of bird flu.

Last September, Ron Fouchier from the Netherlands (and almost simultaneously Professor Yoshihiro Kawaoka from Wisconsin) announced success in creating enhanced strains of the avian flu virus in the laboratory, which subsequently unleashed a firestorm of controversy.

Over the ensuing six months we’ve seen a steady stream of opinion pieces from both sides of this debate (see H5N1 Research: A Plethora Of Positions), including side forays into the lethality of the H5N1 virus (see The Great CFR Divide).

This week we’ve seen the release of additional dueling commentaries, three of which Lisa Schnirring of CIDRAP NEWS  highlighted last night in her article:

Mar 28, 2012 (CIDRAP News) – As researchers from both sides of the debate over two controversial H5N1 studies weighed in yesterday on full publication versus a more cautionary approach, two US journals said they are developing policies to address any future such instances.

The NSABB serves strictly in an advisory role, and any policy decisions must come from the United States government. Nonetheless, all eyes will be on the NSABB as they consider this issue.

And I can think of no one better than Helen Branswell  of the Canadian Press to preview this meeting for us:

A bid from some quarters in the U.S. to resolve the ongoing controversy over two unpublished bird flu studies will begin to play out over the next two days as government biosecurity advisers reconvene to reconsider the issue.

The National Science Advisory Board for Biosecurity will meet Thursday and Friday in Washington, D.C., to go over revised versions of the two studies and hear about the work from their principal authors, noted flu virologists Ron Fouchier of Erasmus Medical Centre in Rotterdam, the Netherlands, and Yoshihiro Kawaoka of the University of Wisconsin-Madison.

Posted by Michael Coston at 7:43 AM