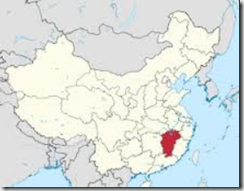 While we watch primarily for H7N9 and H5N1 avian influenza infections, over the years we’ve seen a handful of other avian strains infecting humans.

In 2003, an outbreak of H7N7 at a poultry farm in the Netherlands went on to infect at least 89 people (mostly mildly, but 1 death), and many more may have been infected subclinically.

In 2006 1 person in the UK was confirmed to have contracted H7N3, and the following year, 4 people tested positive for H7N2 – both following local outbreaks in poultry.

And in 2012, in EID Journal: Human Infection With H10N7 Avian Influenza, we learned of H10N7 avian influenza virus detected in two poultry abattoir workers in Australia from 2010. Although 7 abattoir workers reported symptoms, only 2 tested positive for the H10 virus.


We honestly don’t know how often these seldom seen influenza strains infect humans, as testing is rarely done.  With the heightened alert for H7N9 in China, however, more testing that normal is going on, which probably explains why Hong Kong’s CHP has been notified of another `oddball’ avian flu strain that infected, and killed, an immunocompromised patient in Jiangxi;  H10N8.

The Centre for Health Protection (CHP) of the Department of Health (DH) today (December 17) received notification from the National Health and Family Planning Commission (NHFPC) of a human fatal case of avian influenza A(H10N8) affecting a woman aged 73 in Jiangxi.

The immunocompromised patient with underlying illnesses was admitted to a local hospital on November 30 for treatment. Her clinical diagnosis was severe pneumonia and she passed away on December 6.

According to the relevant authority, the patient had visited a local live poultry market. Her home and close contacts, who are under medical surveillance, have remained asymptomatic and no abnormalities have been found so far.

"Influenza A(H10) is currently not a local statutorily notifiable infectious disease but the Public Health Laboratory Services Branch of the CHP is capable of detecting this virus by culture or genetic testing. No confirmed human cases have been recorded so far in Hong Kong," a spokesman for the CHP said.

The CHP will follow-up with the World Health Organization (WHO) and the Mainland health authorities to obtain more information on the case.

"Locally, enhanced disease surveillance, port health measures and health education against avian influenza have been proceeding. We will remain vigilant and maintain liaison with the WHO and relevant health authorities. Local surveillance activities will be modified upon the WHO's recommendations," the spokesman remarked.

All border control points have implemented disease prevention and control measures. Suspected cases of infectious disease will be immediately referred to public hospitals for follow-up investigation.

The spokesman urged travellers not to visit live poultry markets and avoid direct contact with poultry, birds and their droppings during travel. If contact has been made, they should thoroughly wash their hands with soap and water. If fever or respiratory symptoms develop, they should immediately wear facial masks, seek medical attention and reveal their travel history to doctors.

Members of the public should remain vigilant and are reminded to take heed of the following preventive advice against avian influenza:


* Poultry and eggs should be thoroughly cooked before eating;
* Wash hands frequently with soap, especially before touching the mouth, nose or eyes, handling food or eating; after going to the toilet or touching public installations or equipment such as escalator handrails, elevator control panels or door knobs; or when hands are dirtied by respiratory secretions after coughing or sneezing;
* Cover the nose and mouth while sneezing or coughing, and hold the spit with a tissue and put it into a covered dustbin;
* Avoid crowded places and contact with fever patients; and
* Wear a mask when respiratory symptoms develop or when taking care of fever patients.
The public may visit the CHP's avian influenza page (www.chp.gov.hk/en/view_content/24244.html) and its website (www.chp.gov.hk/files/pdf/global_statistics_avian_influenza_e.pdf) for more information on avian influenza-affected areas.