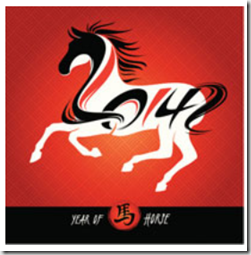 As we discussed just over a week ago (see China: Spring Festival Concerns Over H7N9) the next few weeks will China’s most important holiday (Lunar New Year), when hundreds of millions of people across Asia return to their home towns to celebrate this tradition with family and friends.

The Spring festival travel began about a week ago,  and will run about 6 weeks.  With the New Year falling on January 31st this year,  we are already seeing this tremendous annual human migration begin.

One which will see more than  3 billion passenger journeys – mostly by crowded train – made in China over the next 30 to 40 days.

All of which provides plenty of opportunities for infectious diseases (including both avian and human influenzas, mosquito borne illnesses, tuberculosis, etc.) to spread quickly between towns large and small.  And with the rise in the number of avian H7N9 flu infections the past couple of weeks, that has public health officials on alert.


This from Hong Kong’s CHP.

With the Lunar New Year around the corner, a spokesman for the Department of Health (DH) today (January 24) urged members of the public who are planning to travel outside Hong Kong during the festive season to take precautions against avian influenza.

The spokesman said, "In view of the three imported human cases of avian influenza A(H7N9) confirmed in Hong Kong and multiple cases reported in various provinces and municipalities on the mainland recently, the activity of avian influenza virus is expected to be higher in the winter season. Maintaining good personal and environmental hygiene at all times is thus of paramount importance to prevent infection."

As severe infection can result in respiratory failure, multi-organ failure and even death, the spokesman appealed to all travellers to remain vigilant and take heed of the following preventive measures:

* If you have flu-like symptoms (e.g. fever, cough, sore throat and shortness of breath), postpone your trip until you have recovered.
* Bring along adequate face masks and alcohol hand-rub.

* Do not visit live poultry markets and farms. Do not have direct contact with poultry, birds and their droppings. If contact has been made, wash your hands thoroughly with soap and water.
* Cook poultry and eggs thoroughly before eating.
* Avoid crowded places and contact with fever patients.
* If you develop flu-like symptoms, put on a face mask and consult a doctor as soon as possible.

* If you develop flu-like symptoms, put on a face mask, consult a doctor promptly and inform your doctor of your travel history.
* Do not bring raw meat (including poultry and game) without a health certificate into Hong Kong.

The public are also advised to observe cough etiquette at all times by covering the nose and mouth while sneezing or coughing, holding the spit with a tissue and putting it into a covered dustbin. They should wash hands with liquid soap and water properly, especially when they are dirtied by respiratory secretions, e.g. after sneezing, and clean hands with alcohol-based hand rub when they are not visibly soiled.